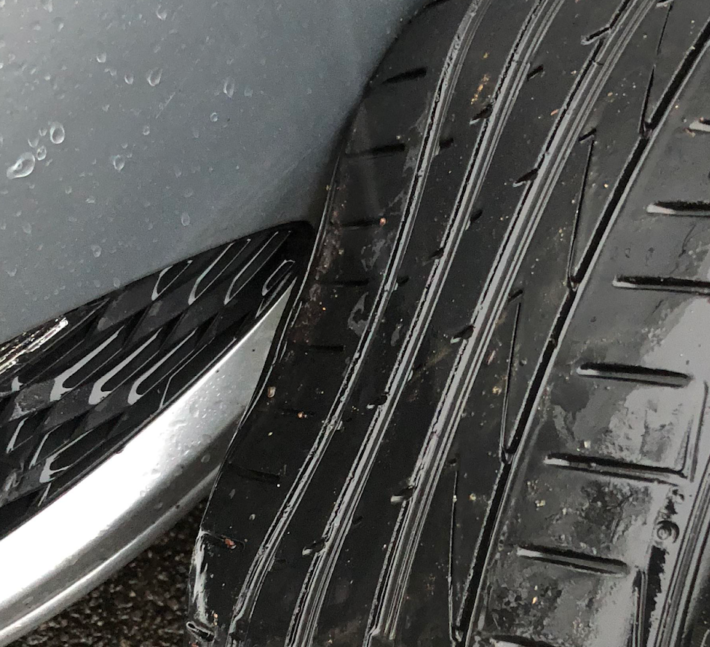 And so it was dear reader that I found myself limping my temporarily-undershod steed in the direction of the local tyre fitting outfit having just been given the brush-off by the big-name service centre… To catch up, read Part One ! 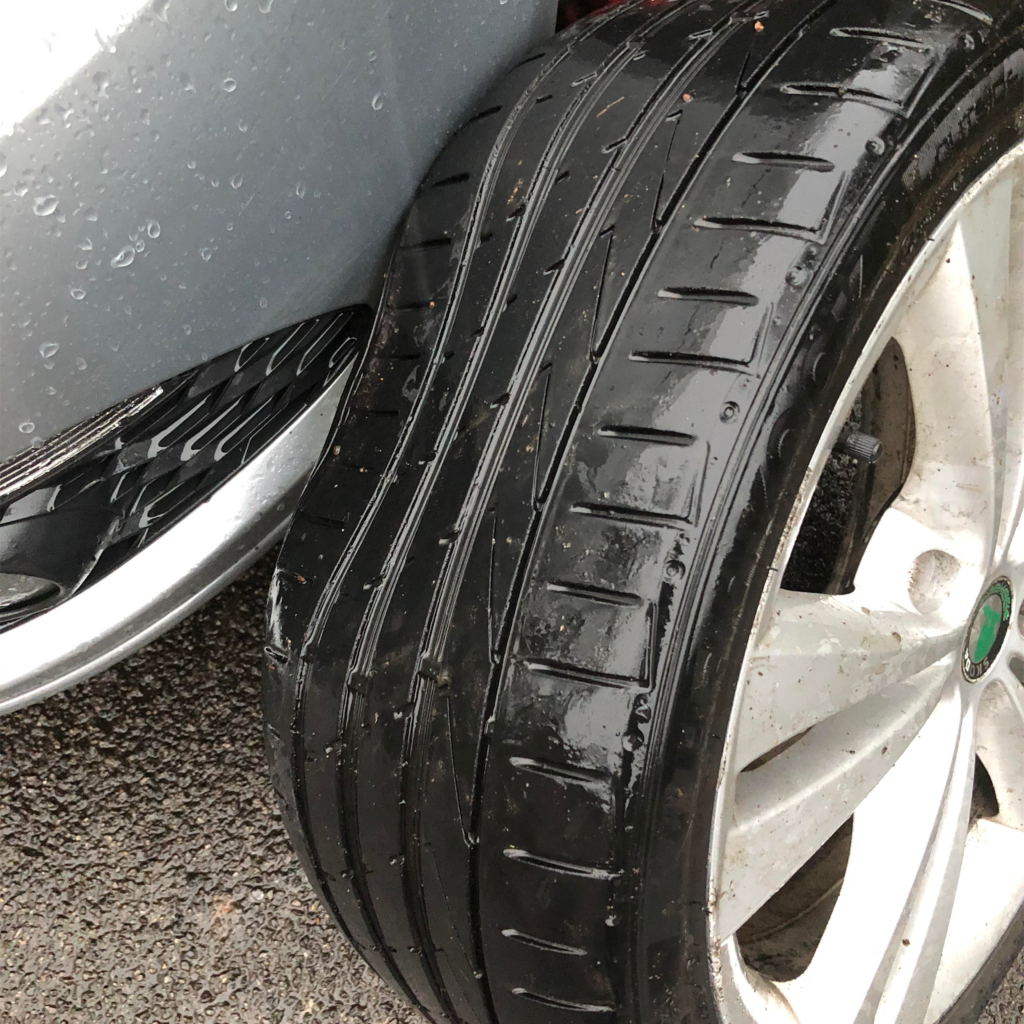 Now, the reason I had originally opted to visit said larger outlet was the belief that they’d be more-likely to have a matching tyre in stock to replace the Hankook item I’d seemingly-lunched earlier that morning.

However, as it turned out (again, see part 1 – ed) they weren’t in the mood to supply anything short of a dismissive shrug, so it was with a degree less optimism that I turned into the somewhat less palatial premises of the nearby independent..

Tucked into a small yard adjacent to the local railway station, the facilities consist of traditional elongated sheds with a couple of fitting bays – a far more low-key outfit than the opposition but one in which I was to put my faith as I emerged into the still monsoon-like downpour and made a bee-line for the warm glow emanating from the office.

Once under cover, I was buoyed by the friendly nature of the welcome which was markedly-different to that I’d just experienced at tyre retailer no 1. As per my previous encounter, the chap manning the desk was also on the phone, fielding what sounded like a call from someone in a similar situation to myself, but that was where the two experiences began to differ and from my point of view, very much for the better.

You see, as I walked into the office, glasses steamed up from the warmth emanating from the welcome fan heater on the floor, my soon to be new best friend on the phone cupped his hand over the mouthpiece, smiled at me and told me he wouldn’t be long on the call.

Now that, as they say is how you do that.

True to his word, he finished the call and I was in business. Explaining the situation and relating my recent less than ideal encounter with the big boys down the road to a rolling of eyes and knowing grin from my oppo, I asked whether he might be able to help me out with a replacement Hankook.

Without even a glance at his old-skool (is that what the kids call it?) CRT box on the desk he told me that not only did he have one on the shelf, if I could hang on 20 minutes whilst the Transit currently occupying one of the bays was sorted out he’d be able to get it fitted & have me on my way ASAP.

So, handing over the keys and the alloy locknut remover, I settled in by the fan heater, demisted my glasses and set about the stack of well-thumbed copies of Auto Express pending the re-shoeing of my wounded steed..

As I idly scanned an article on the forthcoming Tesla 3, I looked up to see that my car was now up on the ramp with the wheel off and a couple of minutes later my presence was requested the other side of the glass.

With more than a degree of trepidation, I put aside Auto Express and with it thoughts of joining the brave new world of zero-emission motoring as I mentally prepared myself for the impending bad news of knackered lower arms or a squared-off alloy but no, for once the news was all good.

They’d had a good look at the wheel and remarkably it was still straight and true and even more remarkably, the tyre itself – despite absorbing the impact through its less than generous sidewall – was still intact, the only thing being broken being the seal with the alloy rim.

And that wasn’t all – Skoda, it seems build things to last as they could see no deformation of the suspension nor any damage to either spring or shock-absorber.

They did advise that it might be sensible to get the tracking looked at at some point – something I was intending to do anyway – but other than that I had, seemingly, dodged a bit of a bullet.

Even so, I opted to have the tyre replaced as despite being legal the wear markers on the original item were getting ever more close to being level with the the tread and, well, better safe than sorry, eh?

A short while later, back in the office as I watched the last of the bolts being tightened back onto the freshly-clad (and still circular, thank heavens) alloy, my chum behind the desk asked me if it was a pothole that I’d hit.

Replying in the affirmative with a rueful smile I related the fact that I had only informed the county council of its presence less than 24 hours previously and judging from the number of graphical “!” symbols on the online reporting map it seemed that I wasn’t the only one.

Tilting his head a little, he shot me an inquisitive glance:

“Ah..figures – you’re the fifth we’ve had in – you should submit a claim, the others have”.

As I headed for the door, having said thanks and goodbye, I glanced again at the total at the foot of the invoice, turned back and said:

“You know what, I think I might just do that..”

And with that, I headed back out into the still biblically-damp elements and headed off to London, studiously avoiding The Drive and its lurking hazards and making a mental note to log onto the county council’s online claim system once I’d made it to work..