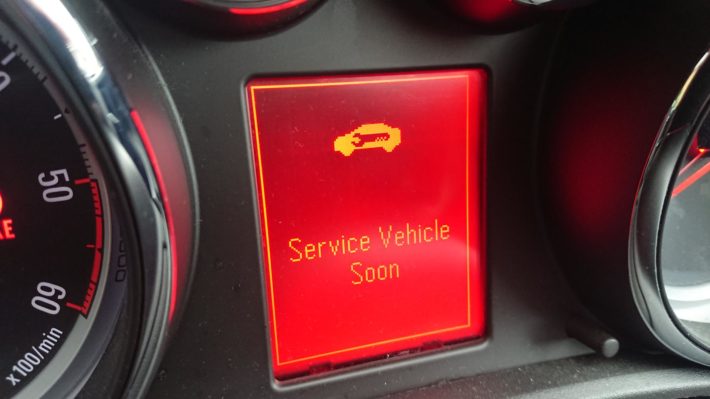 This article continues from previous SVS investigations on the Astra:

The cryptic messages the Astra provides continue to keep me on my toes!

This time the Service Vehicle Soon warning was joined by an ESP warning light and Service ESP, which, it turns out in this case stands for Electronic Stability Programme.

These kind of messages always make things sound more technical or jargon-like than they need to. Simple clear information would be much more useful.

Can I still drive the car safely?

If it doesn’t have “stability”, electronic or otherwise, what is going to happen??

Anyway, this message appeared as I was driving home in the dark, luckily not far from my destination. It didn’t appear to be driving any differently so I didn’t think much of it and decided to see if the warning reappeared the next morning… and THEN worry about it!

The next day, before getting in, I had a good look round the car to count the wheels, and check underneath that nothing obvious had fallen off.

Everything looked as I remembered it!

Turning the key in the ignition, I let it perform its checks at the first stage before starting the engine. All well so far, and no warning lights or messages.

I let the engine run for a few minutes to make sure it was happy, which, it seemed, it was.

So, assuming all was well I turned the steering to move out from behind the car parked in front of me, and….. You guessed it, the same SVS and ESP warnings.

Rather than driving away, I re-parked and switched off, locked all the doors and counted to 1000 to let everything reset.

Upon restarting it all seemed happy again, until I wiggled the steering wheel back and forth a little. Warnings again. Ignition off again.

With this I now knew that… The ‘ESP’ wasn’t happy and it got upset when the steering was moved so it is likely to be associated with the front wheels… ie the ones that steer!

What is the likely crossover between the steering moving and the ESP?

Now, I believe that ABS sensors can occasionally get confused by rogue mud, stones, water, etc… Not entirely unlikely on any journey! It might be something that’ll move or fall out and all will be well… or maybe not!

My usual method for fault-finding and fixing, as discussed before, is to try the cheapest option first, and with this in mind I looked at the Euro Car Parts website to see (a) how much an Astra J ABS sensor was going to be, and (b) if they had any in stock locally.

They had one in stock down the road, and with a £25 list price I thought this was a good start…. and even better when the discount code brought this down to £16..!! (Still significantly cheaper than visiting a mechanic with a comprehensive error code reader!)

It was also clear from extensive research (ok, YouTube) that it was a perfectly simple job to do. Unscrew the sensor at one end, un-pop the fixings along the cable, and unplug the plug at the other end. Nice and easy to try, even if it doesn’t work.

Sensor picked up, car safely parked on the drive, and coffee drunk, and, assuming (hoping!) that it was only one problem I was looking for, it was now going to be a fifty fifty bet for which of the front wheels the problem was likely to be…. I don’t know why, but I was lead towards the nearside (or left if you prefer), and once the wheel was removed, I approached with a screwdriver and a torch…

… and it was indeed as easy as described.

However, once I started to remove the old cable, it became rather clear why it might be faulty…

… bare ends of wires with some insulation tape round it, trying to hold it all together. It would appear that someone has previously attempted to fix a similar problem! (I have had the car for two years, so it could be argued that they did a reasonable job!)

Anyway, I was reassured by this discovery. Being able to SEE a problem, and also being in a position to immediately fix it, is quite a nice feeling!

After appropriate plugging, clipping and rescrewing the new part into place, and then putting the wheel back on, it was time to give it a try… and even with extensive left/right turning of the steering, all was well.

However, I know what you’re thinking…. “Check the other side too!”

Yes, just incase, I did then inspect the offside (right) front wheel for the same sensor, and it was in a much better state than the one I removed.

Hopefully now all is well again…… until the next time…