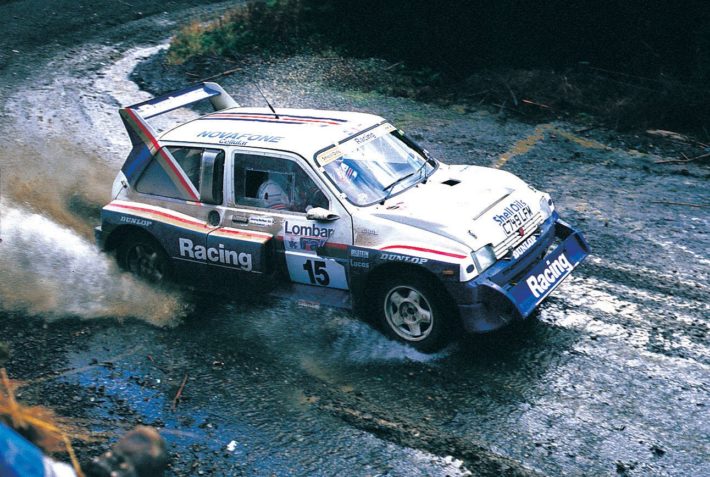 The recent “Hot Hatches – Where Are They Now?” infographic, and Mike Gates’s Fiesta ST piece, brought a big grin to my face as I remembered driving so many of them during my road testing days, especially in the late 80s and early 90s when car makers were all trying to outdo each other with pocket rockets, some of which were rather milder than it said on the tin, some were fairly described, and a few, perhaps fortunately only a few, were awesome and terrifying in equal parts, the latter group usually those with the most hefty price tags.

Wandering back down memory lane, I well remember driving the Renault V6 Clio, and following a certain J Clarkson on the high speed switchback at the motor industry’s top secret testing ground. The Clio was an extremely potent hot hatch, and it easily kept up with Jeremy in a Lotus. Thoroughly race engineered by Renault’s F1 magicians, well setup and great fun to drive, every curve an adventure any tiny bit of straight an invite to a foot down blast. Few were sold and they’re now rare as hen’s teeth. I’ve probably only seen one on the road in recent years. (According to HowManyLeft.co.uk , there are only 68 on the road… with 91 SORN.)

Renault 5 Turbos were more affordable but a bit of a curate’s egg. Some of the iterations were really quite exotic, and worked and did their stuff well. A lot of thrills for the money. Then, like the later Golf GTIs, they suffered the dreaded bloat where they simply got too big, too heavy, and, despite engine upgrades, too slow. Civilised perhaps but ultimately quite dull.
The Ford “Racing” Puma, by Tickford, really was a curious and rare beast with an unusual recipe. Take a standard Puma, fairly quick straight out of the box. Lighten it everywhere. Add loads of carbon fibre in place of the standard steel panels. Give it a race car interior…. Bizarrely, it was, on paper, no quicker than a standard Puma, BUT it handled like a race car, gripped like it was on slicks, and covered ground at an extraordinary rate, far faster than its factory brother, over any twisty bit of tarmac. 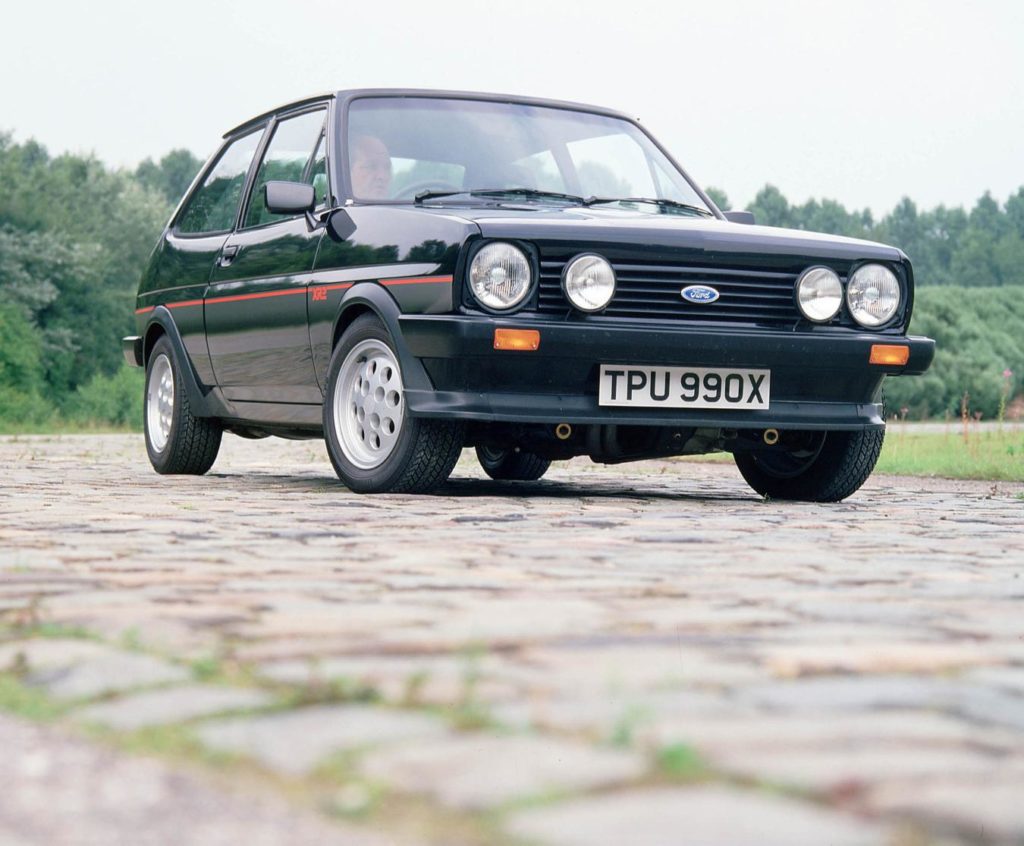 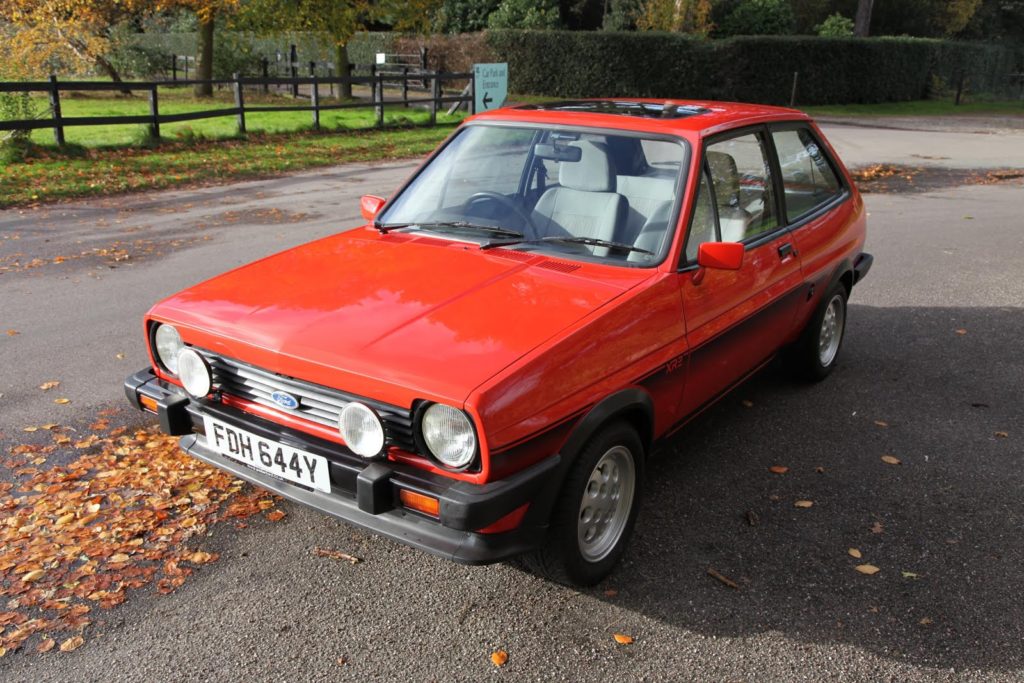 Ford have long been a major force in the hot hatch market, but lower down on my favourites ranking was the Fiesta XR2. They sold in their millions, and you still see plenty around (though only about 700 according to HowManyLeft) but I could never see what all the fuss was about! As I see it, its only virtue was it was fashionable because it was affordable… but in performance terms it was a bit ho-hum. (That’ll get the correspondence going!)
A very different beast from the house of Ford was the Escort Cosworth. I drove one when they first appeared, doing 5 laps of Silverstone GP circuit in it. It had been carefully explained to me beforehand it was twitchy being intended solely as the basis of what proved to be a very successful rally car. From the very first corner it was an absolute handful, like riding a bucking bronco. It gripped, it turned from understeer to oversteer in an instant, it had a staggering amount of power that switched on and off with the blink of an eye and brakes that allowed later and later entry to every corner every lap. It raised the hairs on my neck and flooded me with adrenaline and I loved every second of the all too brief experience.
Having been a bit unkind to the Golf GTI earlier, I do remember two Volkswagens that are fairly rare, one of which nearly cost me my license.
The Polo G40 was a supercharged demon. It just about defines the term ‘pocket rocket’, fast, agile and very very easy to exceed 70mph, as I found out to my cost in points and fine.
Equally as exciting was the Golf G60, supercharged, again, temperamental perhaps, but very quick in a straight line.
Not exactly on general sale, and I only ever had one all too brief drive of one, the MG Metro 6R4 was a hot hatch to end all hot hatches. A ‘Group B’ rally car of which there were a handful of road going versions, it was staggering in every area, went like a Tomahawk missile, braked like hitting a brick wall and had extraordinary road-holding. A true supercar in a very small package with a Formula 1 heritage. It was mind blowing in its intensity.
OK, so I’ve missed out lots of ‘hot hatches’ that mean a lot to quick car fans… Offerings from Vauxhall and Peugeot that were very successful, but didn’t really do enough for me, didn’t stir my loins like those I have included.
I will end with 2 observations… For a purely emotional response anything with an Abarth plate deserves serious attention, just be prepared to spend the original purchase price each year in keeping it running, but it’ll be worth it. I remember from many years back, an 850 Fiat Abarth that when it went it just blew everything off the road.
Oh, and of course the Mini… Not the lard-ass monster we now see everywhere as bloated shopping trollies, even as police cars, but the 60s original. Technically not a hot hatch, but the 1275 Cooper S was tiny, cramped, and uncomfortable, with an unforgiving ride, but you drove one with a huge, inane, grin constantly planted on your face. They’re still magic to drive. Like the Italian Job, the first film was wonderful, the remake simply awful.

In closing I must acknowledge a rarely mentioned old friend.

The Toyota Corolla 16 valve, is a personal favourite, and my wife’s daily transport for a few years from new. Basically a back to front MR2, it was quickly possessed, with very capable handling. We sprinted it a few times at Goodwood in standard road spec and it gave us both a lot of fun… and was utterly utterly reliable. I’ve only seen one in recent years. Much missed we regretted selling it.
So, not a definitive review of ‘ot ‘atches wot i ‘ave drove, but a few of those that have stuck in my memory banks for nearly three decades. Quite literally a few blasts from the past.
Graham Benge