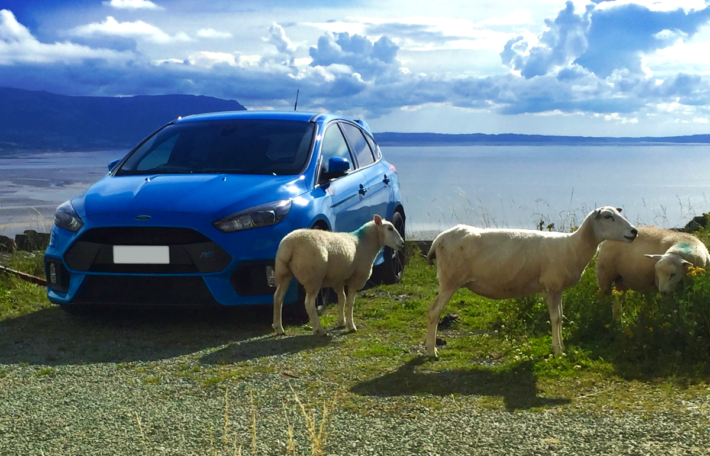 Considering its reputation for rain, you’d be forgiven for dismissing a topless tour of North Wales, however when it comes to driving roads Snowdonia really delivers…

Miles upon miles of roads uncoil themselves as they thread through blue-grey mountains, through sweeping bends and impossibly tight apexes. In places, rock thrusts from the ground as if it had forced itself through a carpet of alpine-esque trees; dropping away to vast valleys, torrents of water forming streams and picturesque waterfalls, such as those at Betws-Y-Coed.

If it’s a drive through stunning scenery you’re after, you won’t be disappointed, (notwithstanding any fog) the scenery is as dramatic as it is beautiful.

You have to be careful though… unforgiving slate walls line the road a mirror’s width away and oncoming traffic, wide lorries in particular, remind you that wherever you are, you are peddling around ‘main’ roads – motorways and bypasses conspicuous by their absence.

Traffic can be either slow or heavy at peak times, worse still wheezy caravan-laden work horses can provide miles of tedious trundling. Still, such is the risk on truly involving A-roads with minimal straight stretches offering the possibility to overtake.

There are hazards, yes, a lack of signage when you need it – an over abundance when you don’t and the odd errant sheep wandering into your path having escaped from a nearby field, but these are small fry… There are so many roads round here, each as breath taking as the last and nearly all equally unpronounceable.

It’s pushing on through these mountainous roads that, given the right car and conditions you can reach a state of driving Nirvana. With the benefit of choice, here it has to be a manual box. If you’re so inclined, a slick flappy-paddle system follows an acceptable second; but it is swapping cogs through a series of bends that really makes this type of drive shine, a gentle blip on downshift and a crackling exhaust fully add to the drama; I’d admit that a fun and fizzy car such as the excellent Fiesta ST, or Mini Cooper S feels incredibly at home here.

I took on the drive in one of my favourite cars of the last two years, the Ford Focus RS. This is a car I advocated so strongly that I managed to convince myself (and more importantly Mrs. G) to put my money where my mouth is and order a signature ‘Nitrous Blue’ example at the start of the year; siting the Focus practicality and inherent modern day safety kit that propped the RS as a ‘sensible’ daily driver.

I’ve got to know Snowdonia relatively well over the last decade or so; my wife’s parents living within a short hop of Snowdon itself has afforded me some fantastic drives and great memories too.

I have to admit that I approached the trip with both excitement and trepidation, had the car not measured up I’d undoubtedly be devastated. My fears however were for naught. As I progressed through the hills and valleys, the car came alive; playfully popping and banging on each lift of the throttle, glued to the tarmac and changing direction as if seeking out a golden-snitch. It was one of those moments where nothing else mattered – pure escapism, a perfect drive through an impossible landscape. Better still, when you’ve parked up and enjoyed it all, you can turn around and do it all again.

Also in the area: If you get the time also try the A470 between Snowdon and Brecon too, it’s nothing short of incredible and the drive from North to South takes in some of the best views Wales has to offer.