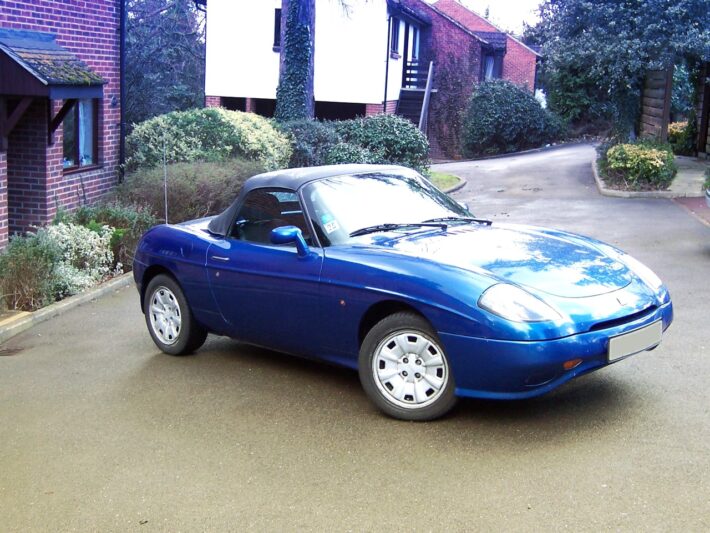 Following on from our recent “Scenic Drives” post from our friends at Design 911, it got me thinking about some of the more memorable drives I’ve taken on holiday in the UK and one area which particularly stands out is the South West – in particular the pointy bit of Cornwall.

Back in the days of yore, before the patter of tiny feet necessitated the purchase of something a tad more practical, I was the proud owner of a Fiat Barchetta – to my mind one of Turin’s most distinctive and delightful creations of recent times and a car I loved – sometimes literally – to pieces.

Surprisingly practical, the ‘Little Boat’ was more than up to the task of swallowing enough luggage for two and regularly found itself pointed in a south-westerly direction in the Summer as the missus and I set off on another trip to a part of the country by which we are genuinely taken.

Cornwall is a county to which the tourist is naturally drawn – a good few undoubtedly to the sandy beaches, ice creams, sunshine and surfing to be found on the southern coast, whilst others – and I’d include myself in this – revel in the landscape and the landmarks both natural and man-made to be found in this spectacular part of the world.

Probably one of the best known and regularly-frequented attractions in Cornwall is Land’s End. With its diametrically-opposed cousin at the extreme North East of the UK – John O’ Groats – it’s (in)famous for being the start/finish line for countless charity journeys over the years and enjoys a degree of hype that’s been capitalised on by its opportunistic owners who have turned it into – in my humble opinion at least – something of a tacky theme park.

Suffice it to say that it’s one of those places that I’m glad to have visited but was even more glad to head away from..

Which brings us to the point of this rambling essay, because as referenced above, one of the top scenic drives suggested by our friendly Stuttgart sportscar afficionados was the coastal route up to St Ives which, appropriately-enough begins at Lands End.

Heading up the B3306 and running parallel with the rugged coastline I can well recall a mixture of open, sweeping and flowing roads with plenty of opportunities for straight-lining well-sighted S-bends. Yet conversely in places the road is challenging and tight, high hedgerows and wind-blown trees rising above you as you negotiate the more testing and twisty sections.

With the sun shining and the little Fiat’s easily-stowed roof hibernating under its solid cover behind us, the joy of driving this road – and indeed pretty much all of Cornwall’s country lanes was enhanced a hundredfold as the sounds and smells of the countryside sharpened the senses – helping to paint an ever more vivid picture of this stunning and beautiful part of the world.

Despite being left hand drive, the Barchetta wasn’t really any more difficult to pilot around Cornwall than its omnipresent rival the MX5, and whilst overtaking could sometimes require a certain degree of faith in one’s co-pilot –“anything coming.?” being an oft-posed question from the left seat – the benefit of being closer to the edge of narrow lanes helped immeasurably when trying to squeeze past oncoming caravans/tractors/milk trucks on some of the more ‘breathe-in’ stretches.

There’s plenty to see along the coast as you wind your way towards St Ives – the view of the sea tempting you to stop and and find a vantage point either up on the headlands or down at one of the little coves nestling away between the granite outcrops where land meets sea in quite spectacular fashion. Either way, there are ample opportunities to stop and take it all in, perhaps whilst clutching the ubiquitous pasty – examples of which seem to be available at every outpost of civilisation throughout Cornwall (this is not a complaint by the way).

Whether you’re out to enjoy a spirited jaunt or happy to kick back & amble along taking in the scenery, the journey along the north-westerly tip of Cornwall is a must for anyone with petrol/diesel/electrons flowing through their system. And if you’re lucky enough to be in possession of a rag top in the Summer sunshine, you’re guaranteed to have a smile on your face as you rock up in St Ives having gained a healthy tan into the bargain..