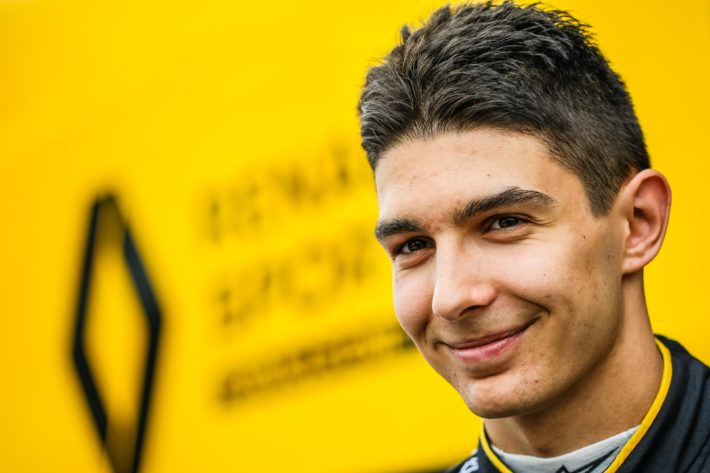 With the Summer break over, and the Spa GP imminent, the F1 driver merry-go-round is fully in action this week with ups and downs – or is that a seesaw – mixing my metaphors?

Esteban Ocon, formerly test driver at Mercedes, has been confirmed to be joining Renault for the 2020 season alongside Daniel Ricciardo. A good move for this fast rising talent but not good for poor Nico whose less than illustrious early 2019 season has seen his contract left unrenewed.

We spoke to Esteban at Goodwood last month. A very likeable young man whose career at that time hung in the balance. Merciless this business. It’s not dubbed the piranha club without good reason!

It is also all change at Red Bull, though this change is more immediate! Pierre Gasly’s promise has not (yet?) been fulfilled, and Helmut Marko has been openly critical of his performance.

However, all is not lost. He reverts to the ‘B’ squad at Toro Rosso in a swap with Alex Albon the young Anglo-Thai driver who has impressed at Toro Rosso. For Albon, even future world championships are being hinted at. We wait and watch!

Despite a ‘sticky patch’ for Valtteri Bottas he has just been confirmed at Mercedes for 2020 – Right call Toto!!

He’s a very reliable number 2, and capable of wins. Also the relationship with Lewis seems good – harmony within teams is a rarity, and in this instance, for now, it seems to work!

More F1 news as it comes our way… We may even hear that Sebastian Vettel is still driving next year’s Ferrari! He has had a pretty unhappy season so far, not helped by Charles Leclerc embarassing him at almost every race!!