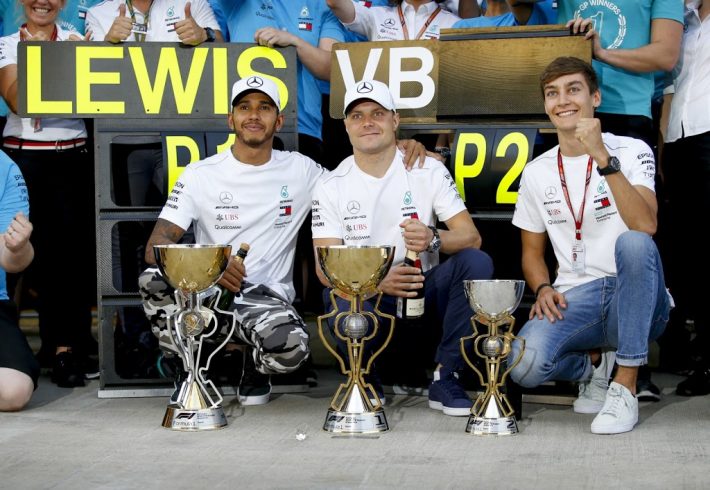 So what is all the fuss about? Faux-fairness is screaming out of every newspaper headline and media outlet this morning.

The fact is that team orders have been a part of Formula One since its beginning in 1950, so yesterday’s team orders for Valtteri to let Lewis into the lead of the Russian Grand Prix was not unique, it was not even uncommon, and is the reality of the business of F1.

Ask Mercedes, Ferrari, Renault, Honda, Alfa Romeo, Aston Martin. All are in the business of selling themselves, their brand, their cars. For all of them the Drivers’ Championship is of secondary importance, despite paying the drivers millions of dollars.

Yesterday, Mercedes’ was not the only example of team orders, it was simply the most evident … and influential on the race result.

Toto clearly took the decision reluctantly, and was contrite afterwards, but he simply had to make the correct “team boss” decision.

Valtteri could have won the race with Lewis second, but Lewis, as the major contributor to the constructor’s tally all season, with eight wins so far, could have failed to finish the race if he had become entangled with Vettel, then a close third.

It became an essential strategy call that Valtteri let him through and then keep Vettel at bay so that Mercedes could maximise its points haul… its Constructors’ points haul.

Was it a popular decision? NO. Even Lewis was uncomfortable with it! Notice the conversations off mic in parc ferme, and on the podium between the team mates?

Ask Coulthard, Webber, any of Michael Schumacher’s team mates … ask Stirling Moss … ask ALL the other drivers with team order clauses in their contracts!

Even when the FIA banned team orders it still happened, a coded message was all it took. “Fernando is faster than you” ring any bells?

It sticks in the craw, BUT each understood the importance of their role within the team.

It’s simply business. We don’t have to like it, we just have to understand why it happens.