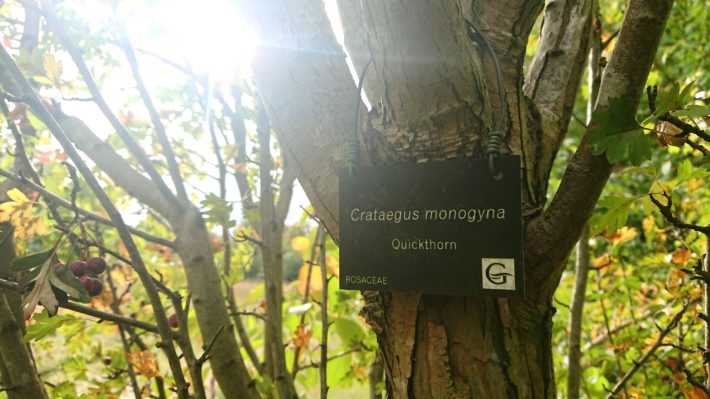 After a twitter discussion, and having intended to visit for some time, a Sunday afternoon walk included the Onslow Arboretum in Guildford, the site of a tree planted in Mike Hawthorn’s memory on 22nd January 1999, 40 years to the day after he died on the (very) nearby A3.

Perhaps fittingly, rather than a Hawthorn, the tree is a Quickthorn, the label for which is now the only sign of the story behind the tree. In January 2009, to mark the 50th anniversary, a plaque was unveiled next to the tree, but by April of that year, it had disappeared.

Now that the quickthorn and the trees around it are more mature, it doesn’t stand out in the same way it did when it was planted. You could say that it fitted in a bit too well, becoming anonymous.

A fuller story, and directions for how to find the tree, can be found at Mike-Hawthorn.org.uk

Thanks to Gary Harman.