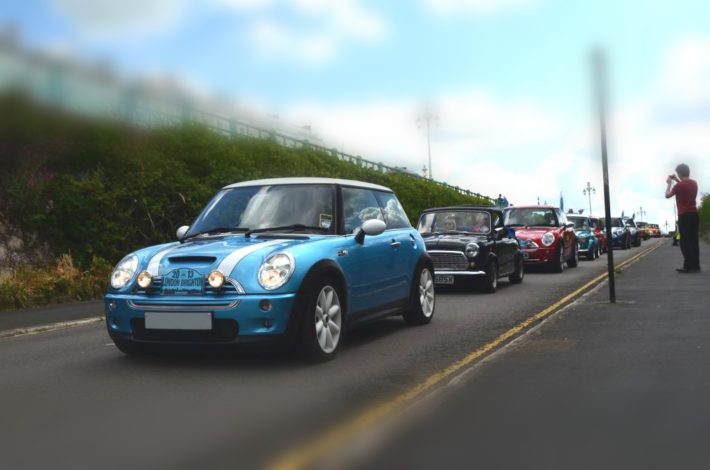 There will always be that ‘one that got away’…  A breakup under bitter circumstances… A regretful goodbye… Maybe things got old, you got bored and your eyes were drawn elsewhere… Maybe you just didn’t know what you had until it was gone.

For me it came out of necessity. We hadn’t been together long, not really a year and a half perhaps; it had been great and I was happy really, but I found myself watching her disappear off with another guy, with a tear in my eye. Her name was Electra and she was a blue MINI Cooper S. 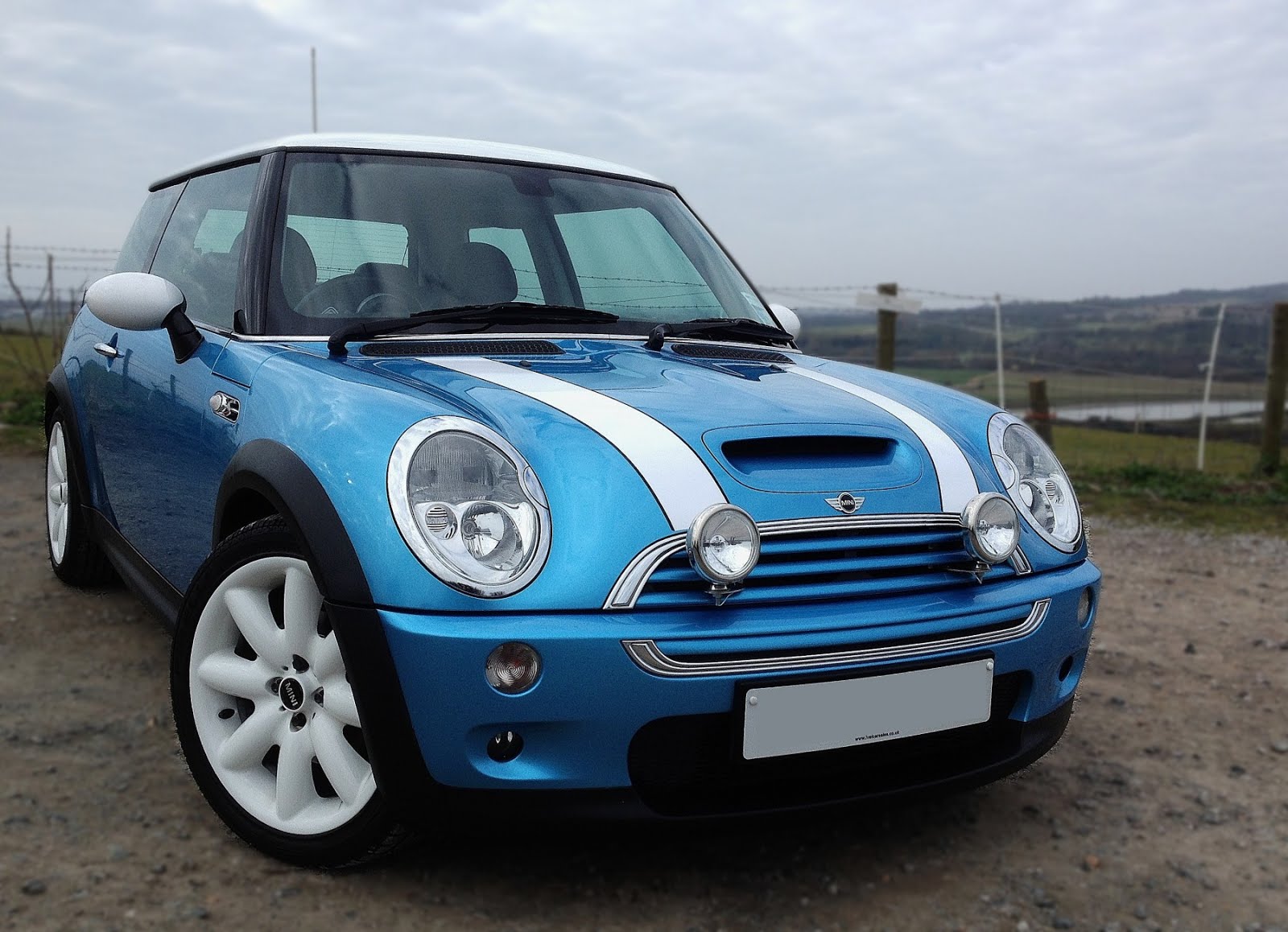 Be honest, you saw that coming…

For me it all started when I was little kid. I started to spot different cars by about eighteen months old, by two and a half I knew most of their names.

When I was four, my Dad had taped the Italian Job and thought I might like the getaway scene. I didn’t just like it; I loved it and ended up watching it over and over again. The actors were always secondary to me, it was the car, the cheeky Mini Cooper S that became a fixation (and incidentally, also for my nephews some 25 years later). About the only bit I didn’t like was when (spoiler alert) they got unceremoniously shoved out the back of a coach tumbling and bursting into flames.

At the age of ten, in 1997 BMW Rover previewed the ‘New MINI’  bursting through a paper screen onto the stage at the Frankfurt Motorshow. It was different and it was modern but still unmistakably Mini.

I wasn’t sure at first, it was bigger, sure; still smaller than most other cars at the time though, 13cm shorter than the original Ford KA in fact – a car that itself perhaps compares better to the original Mini. 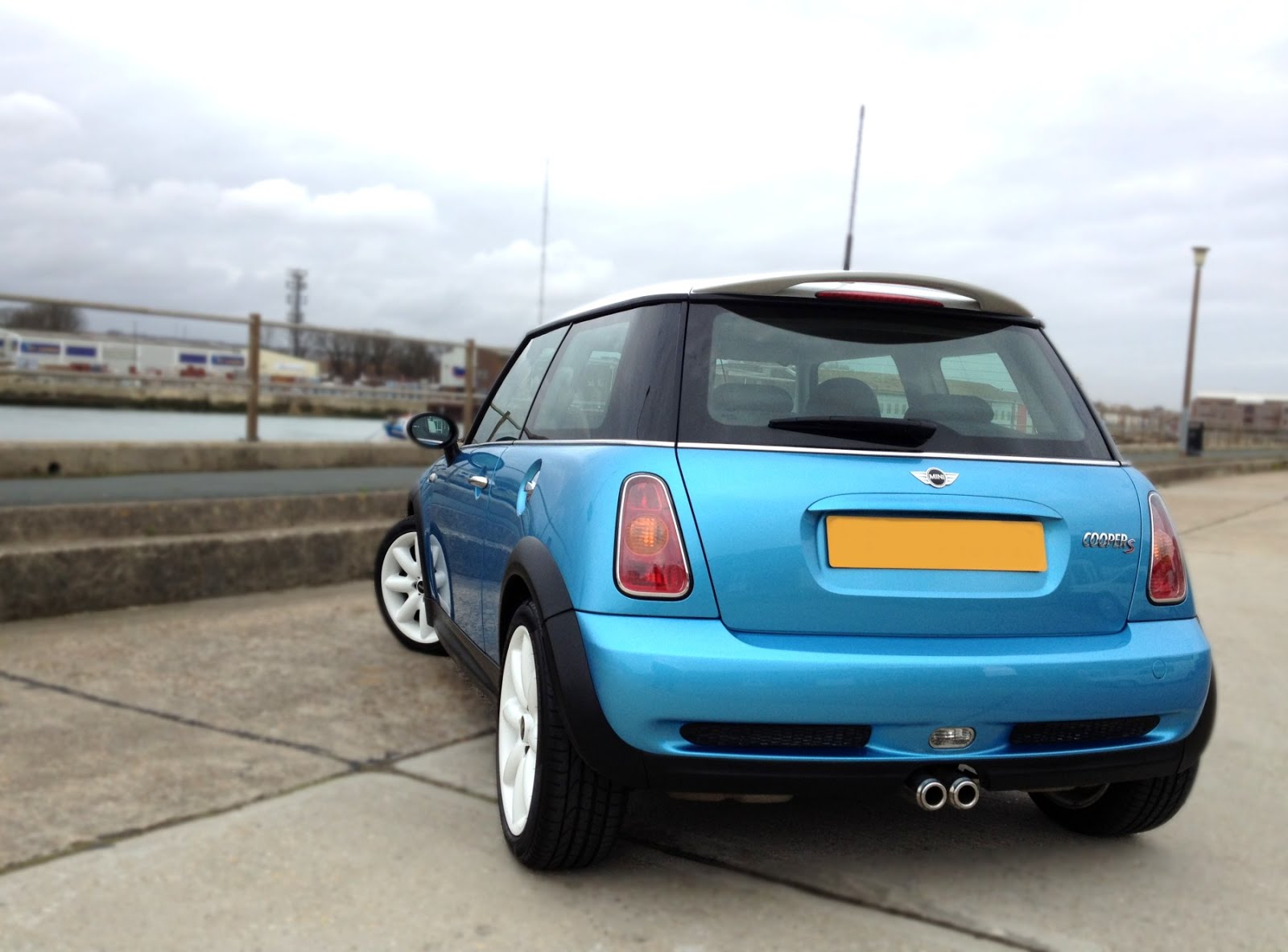 I got to see one in the metal a couple of years later and instantly warmed to it. It seemed a mile away from other small cars at the time, VW’s Golf-based Beetle included, a new car in its own right not a re-skin, like Fiat’s later 500 or the aforementioned ‘Dub, but a re-imagination of a classic, not the same car but an evolution. Think the iconic Porsche 911 and you’ll see where I’m at… and no, that’s not as small as the original either.

The interior, unashamedly retro, was particularly superb to my mind, albeit in terms of interior space, a parody of Issigonis’ Mini design brief; there’s no way you’ll ‘comfortably seat four’ but if that’s what you want, buy a Mondeo, it’s far more practical. That’s not what this car’s about though. It’s a car you buy because you want it not because you need it. 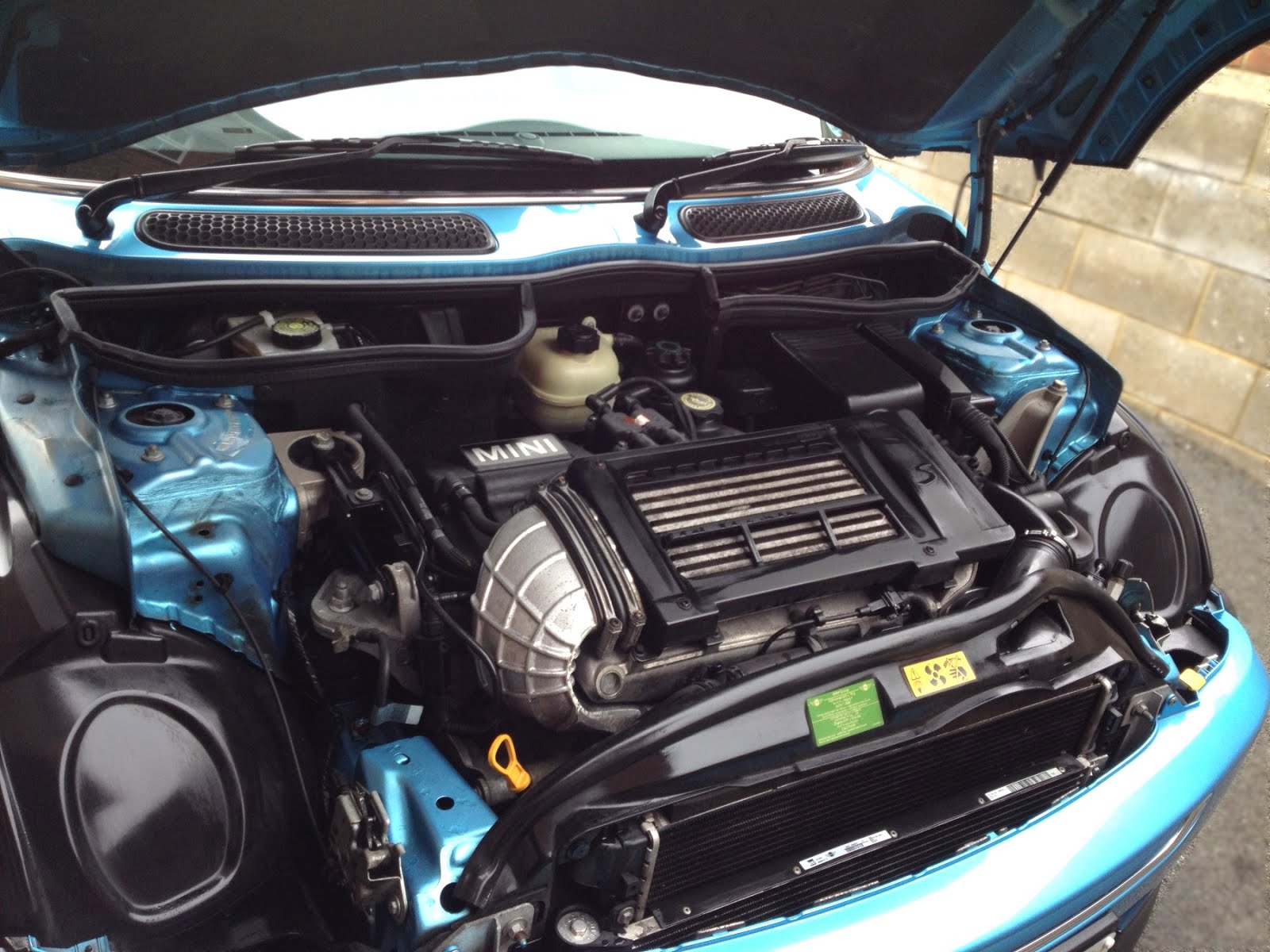 And want it I did; but it was still the original Mini that grabbed me. It didn’t stop me reading though, I had all the mags, went to shows and knew a Mini (ideally a Paul Smith edition) was going to be on the drive when the time came to pass my test. It wasn’t. I doubt I could have insured one, let alone pay for one.  When it came to buy my second car in 2006, I found the perfect car; one of the last, a Tahiti Blue Cooper Sport, with a silver roof and mirrors and a plaque showing it was one of the last made, at £7k it seemed like a great idea. My Mum disagreed – after more than a few ‘conversations’ and a reality check I ended up with a Fiesta.

Fifteen cars and six years later, I found myself needing a new car. By now a classic Mini would realistically only work as a toy, but I already had another car tucked in the garage. I found myself coming back to the idea of a ‘new’ Mini. I thought about a Cooper, but there was only one that would really hit the buttons. It had to be an S and it had to be the first of the BMW ones too, a Rover designed Mini. 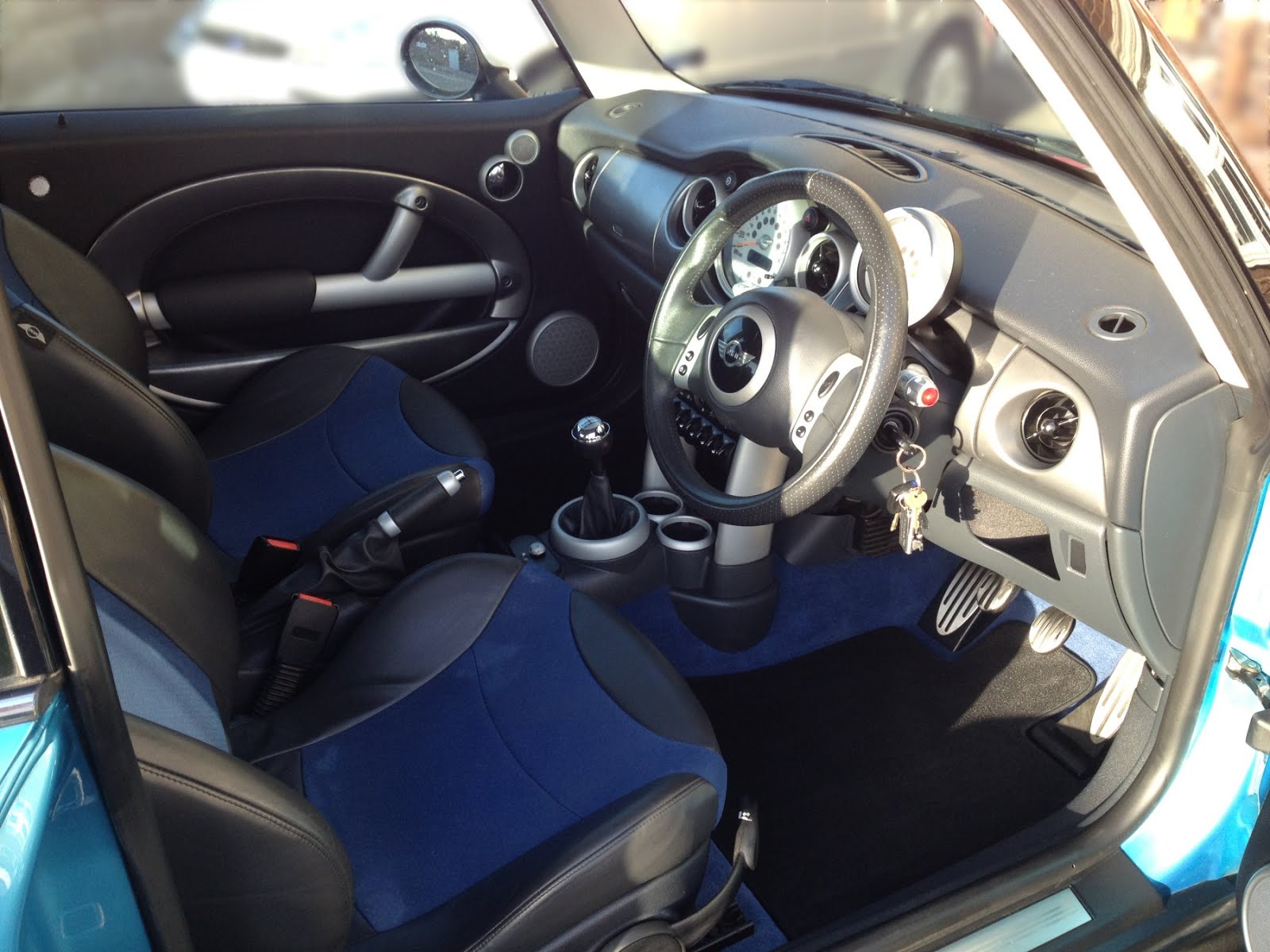 I searched, fussy about spec and condition, it had to be right. Eventually I tracked down Electra… All the toys, great condition even a heated screen. My mind was made up even before the test drive, it wasn’t as quick as I was expecting, but the noise; that noise the supercharger screaming in front was addictive. I handed over the cash and drove home, beaming from ear to ear.

If I’m honest, the MINI is a flawed car. It’s juicy, impractical, borderline uncomfortable, not particularly fast and, if I’m even more honest, not really that well-built. But the feeling you get from the thing, the way it corners – doggedly following the road like a Scalextric car and of course the noise, it’s a visceral experience that’s far less compromising than later MINIs and you know what, I loved it all the more for it. 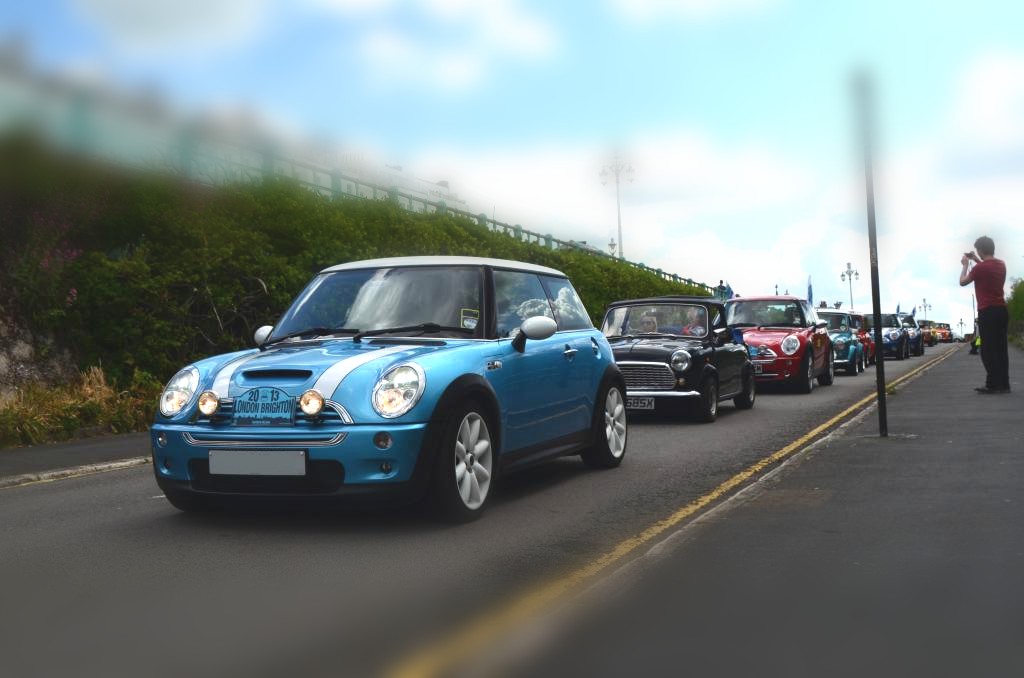 Many MINI adventures passed including the brilliant London to Brighton Run, but suddenly and without warning, the time had come to buy a house, I could see the market changing property prices were climbing and there was only one way to raise the vital thousands. The car had to go.

With a lump in my throat I listed the car online. I didn’t want it to go, I needed it to. It didn’t take long, the new owner took one look and shook my hand. He was kind enough to give me one last spin back to work where my beaten up, faithful old Mk3 Fiesta workhorse was ready to chug me home.

That was nearly five years ago. Another fifteen cars have passed, some truly brilliant ones too, the Fiesta ST and current (it’s not going anywhere!) Focus RS have both been particular highlights; after all, life’s too short to drive boring cars.

Recently however, I found myself needing a car to take me to work and back. In my mind a broken Cooper, now available for a budget-banger £500 seemed like a sensible proposition, mend it, run it, upgrade it. But somehow only an S would do. The idea of a project turned into a hunt for a mint example.. History repeating.

Just like before I did my research, I could hardly believe the design is over twenty years old. The more I read, the more it seemed to make sense. The not-so-new MINI once so ubiquitous on British roads has started to become endangered, the cost of keeping them up-to-spec once neglected seeing many totter off on a one way trip the breakers. What’s more, the original R50 series MINIs (R50 standing for Rover50, fact fans) are starting to gain appreciation as a future design classic and tipped as a good investment. I agree.

I got to try out a New-new MINI last week. It’s well screwed together, has some funky features, it’s comfortable too but it’s also practically the size of the house I sold my MINI to buy. Sure it’s a fine car but it feels like it’s lost its way, bloated and oddly proportioned. The fizz that I found with my S just wasn’t there. Who knows, maybe I’ll grow to like them too,  (BMW, if you’re reading this now is the time to prove me wrong) but for now at least, they just don’t do it for me.

With prices for early MINIs starting to climb past that of its turbocharged successor, now’s the time to buy. Even if it doesn’t turn out to win your fortunes, taking one out for a drive is enough to win your heart. That’s why I’ve put down a deposit on another one… I collect it next week.

Another One That Got Away: Fiat Barchetta

Yet Another One That Got Away… But I Don’t Want Back!