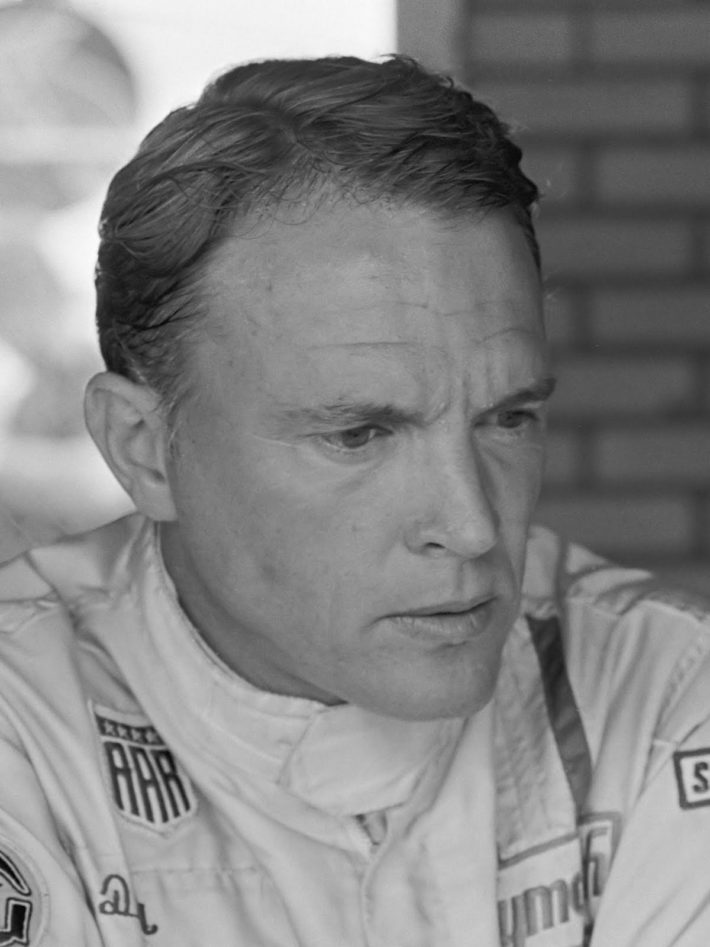 Dan Gurney was one of the truly great all-rounders of the late 50s and 60s.

Although he only scored four Formula One GP wins – including two in his own car the Eagle – he was a rival to Moss, Clark, Stewart in that most dangerous racing era, and all feared him as a serious competitor.

Americans really took the softly spoken charming gentleman to their heart and there was a time in the 1960s when he was even seriously proposed to run for the US presidency. I even have one of the lapel buttons to prove it! But Dan was too diffident to want that role, a pity.The funds for his “All American Racers” team soon ran out. However, he had greater success in all of the other formulae, especially at home in the USA competing in, and often winning, dozens of races in Champ Cars, CanAm, NASCAR and others. He’d race anything and race it well.

His European fans never forgot him either. On the night before he was due at Goodwood’s Festival of Speed, someone got onto the hill course to write “Viva Gurney” on the track in two foot high letters.