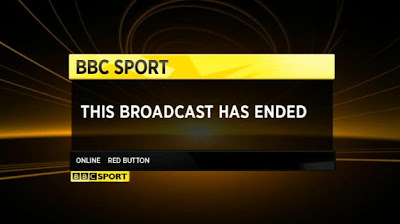 I suspect the BBC decided that a cost cutting spectacular was needed to deflect attention from other more sensitive cuts taking place, reasoning that they were spending a lot of money on a small and predominantly male sport, they tried to get out of the contract 2 years early and then the wrath of Bernie fell upon them, prompting a plague of threatened litigation for breach of contract, and just when it seemed to the Beeb that they had more excrement colliding with more fans than anyone could ever want, Bernie threw them a lifeline – a compromise, a face-saver, and, throwing principles and good sense away they jumped at it..

As ever the losers are the fans, many – or indeed most of us – do not have, nay do not want Sky and all of its offerings.
Perhaps we should ask for a licence fee refund for a lesser service!

I guess the compromise reduces costs by covering the European races only and thus gives Sky time to gear up for a full takeover and cut us all out of F1 coverage.

Following the old adage, would you buy a used car from this man?
Here’s a tip: never try arm wrestling with Bernie – you’ll always lose (and probably your arm too).
Graham Benge