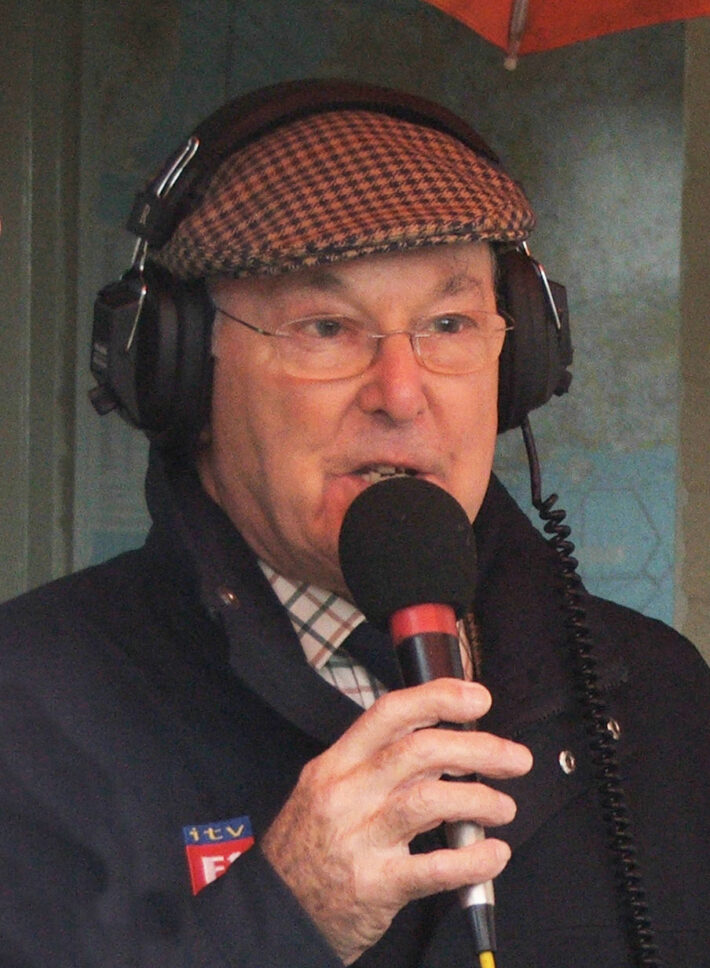 A sad day for all fans of motor racing, it always is when a legend passes, but Murray and his voice have been so deeply embedded in motor sports for well over six decades that just about anyone will know his work, especially his voice, and not least those wonderful gaffes that so delighted motor racing.

It was often said that he broadcast as though his trousers were on fire, and in his rush to explain everything live his brain and mouth sometimes became dissociated… but that was a large part of his charm. And charming he certainly was.

I was fortunate enough to meet, interview, and work with Murray many times, yet I’ll remember most the off-mic chats we had … he was a delightful companion, extremely knowledgeable, a veritable encyclopaedia of not just Formula 1, for which he was best know, but every branch of motor racing AND motor cycling. For that is where Murray began, albeit as a part-timer helping his dad who was a well known motorcyclist and a motor cycling commentator for the BBC.

His dad suggested Murray might try a bit of chatting to riders and he took to it immediately. He simply delighted in talking to people … anyone … even me. At a car launch about 30 years ago a torrential downpour caused me and one other person to dash into a catering motor home… the other person was Murray. As bedraggled as we both were, coffee revived our spirits and we spent over half an hour just chatting, no recording, just two fans enjoying each other’s company.

Subsequently, I interviewed Murray often, always a delight, an irrepressible sense of humour, a warmth of character and a staggering memory made him a great raconteur.

Surprisingly Murray only became a full time commentator relatively late in life. His wartime career as a tank commander was illustrious. He then spent many years in the advertising world, producing many great and memorable straplines such as “Trill makes budgies bounce with health” and “Guinness is good for you” featuring a grinning toucan.

Finally the beeb persuaded him to retire from advertising and work full time for them.

His utterly distinctive voice can be heard chatting with every great racing driver of the last 50 and more years, everybody found time for Murray even the most discourteous F1 ego maestro would open up for Murray… that charm again … and many were firm friends.

But it was not all sweetness and light. Murray had to carry on live even as friends, great drivers such as the legendary Ayrton Senna, died on screen. A situation that occurred many times during the 70s and 80s especially, the F1 killing years when so many succumbed to the unsafe cars and conditions of the time. Each and every such occasion was treated with great dignity and compassion. The mark of the man.

Murray always led the commentary team by force of personality and superior knowledge, but he shared the box with some great names possibly most notably James Hunt. They literally shared a microphone in those days and would tap each other on the shoulder to take turns, but James was sometimes slow to let go and Murray reckoned despite being firm friends he felt like thumping James Hunt at times.

One of my greatest live broadcasting moments was catching Murray and Nigel Mansell together and chatting. We enjoyed 10 minutes of live radio that went straight to air and was never recorded… a great pity.

So, a sad day and probably the end of an era. Live coverage of F1 to a free to air audience in a way that will never happen again, all presided over by an intensely likeable, warm, funny, and supremely knowledgeable broadcaster. He’ll be long remembered and much missed.

Listen to our podcast tribute to Murray Walker