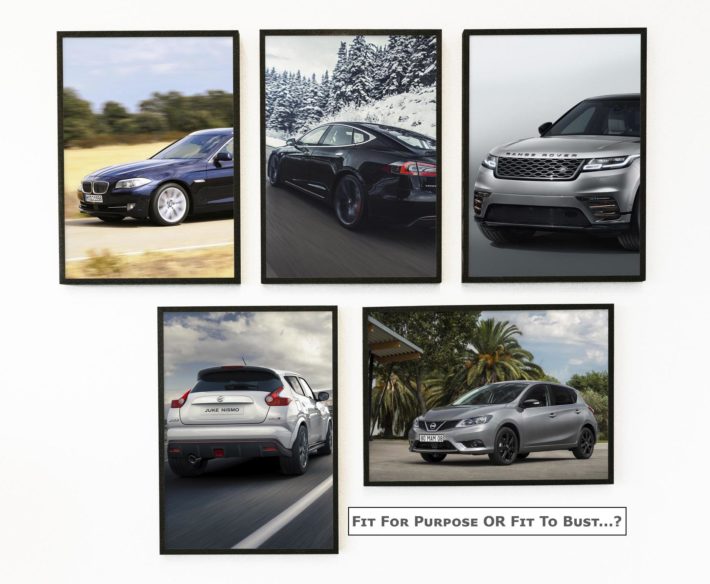 Given the nature of what I do, hacking up and down motorways is inevitable, and, after well over 30 years of doing so, I’ve noticed a number of trends as I go along my way.

It used to be that the cars that I saw broken down on the hard shoulders… when such things existed… were generally older cars and fewer of them were the “premium” models.

Now, however, the evidence of my own eyes in the last 5 years or so has been that, whilst there may be fewer “broken-down” cars, there are now far more extremely expensive cars awaiting the rescue and recovery services.

Generally, any car you buy new now is MUCH more reliable than it would have been when I started driving, and I base this on having tested well over 2000 cars in that time. I do appreciate that this is not a scientific method, it is purely observational, but I don’t think many would argue against the “fact” that even base model quality standards have risen beyond the recognition of any car maker 50, 40, 30 or even 20 years ago.

So, is the number of poorly vehicles I see from the premium German brands a reflection only of their increasing market share? Or is the famed Teutonic reliability slipping?

But, I hear you cry, it’s certainly not just German brands that are faltering, it’s premium brands generally. Is the rush to grab market share leading to declining standards? To poorer quality control that had been built so stong?

A wide new survey by Which? combines the experiences of its members with statistics from the DVSA, the government that body collates all recalls by car makers where there are known faults.

Most of the recalls are little mentioned outside the DVSA and manufacturer’s office. However, if a recall concerns the “safe operation” of a vehicle it is more widely publicised and it is required of the car maker to offer free fault rectification via its dealer network.

It is clear from the information provided by its nearly 50,000 respondents that there are more faults, more persistent, niggling, though not necessarily dangerous faults, and manufacturers are fending off claims to fix them.

The survey found Japanese manufacturers’ cars to be the most reliable, and when Nissan recently issued a major recall on the Juke it immediately owned up, contacted owners, and offered free correction of faults by its dealers. Honda is also found to be very reliable.

The survey also found that Audi, Ford and Vauxhall all suffered unacknowledged faults. Even Tesla, Land Rover and Volvo were slow to admit liability and fix widespread problems.

Do you know if YOUR car has been subject of a recall?

Perhaps it has but you are not the original owner, you’ve moved, or somehow slipped through the notification system, so you might not be aware of an issue.

It is easy to check.

Go to the DVSA website to “Check if a vehicle, part or accessory has been recalled” and search by registration number or consult the list to see if your pride and joy is possibly someone else’s nightmare.