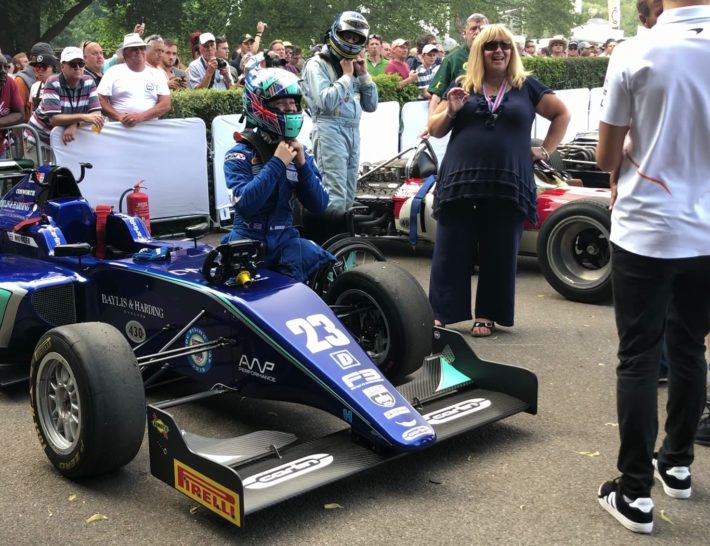 Many of you will have seen the recent BBC TV biography, Driven: The Billy Monger Story… (It is available on the iPlayer for a few months.)

I was lucky to meet Billy earlier this year and was very struck by his cheeriness despite the appalling injuries he received in the F4 race crash.

For many viewers, that programme will have been the first time they saw the horrific accident, the catastrophic result of which Billy lost both legs.

It is a testament to young Billy’s fortitude and determination that in less than a year he not only learned to walk again, on prosthetic legs, but also badgered the reluctant FIA into relenting on its long standing rule which forbade disabled people from driving single-seaters.

The ban was conditionally lifted, subject to some demonstrations that his skills were intact, and he could still pass the all important cockpit exit test.

The announcement of Robert Kubica’s appointment by Williams as full time team driver for the 2019 season is a timely illustration that it is possible to return from severe injury to a top line drive in F1. The Formula is still the pinnacle of motor sport, even if the seat at Williams is not necessarily, at present, at the front of the grid.

Some years ago I asked Sir Stirling Moss if he ever regretted his decision to retire after his massive crash at Goodwood in 1962. He answered that he had made that decision too soon. After the crash which nearly killed him, and a year later when fully recuperated, he realised that he could be almost as quick as he ever! This from a man who was runner up in the World Championship 3 times!

So what does the future hold for Billy Monger. Well, there seems to be no reason he can’t achieve his F1 dream.

Having been tested on a simulator, it quickly became apparent that the passion, the speed, the willpower and the dedication are still intact.

He is now driving for Carlin, one of the leading teams in British F3, and shows every sign of making a good impression, despite some serious competition in this feeder series, scoring the first of several season podiums in his first race.

With considerable support within the industry, and the likes of Lewis Hamilton mentoring him, I think he has a great future in front of him despite the appalling injuries sustained in the past.

Sadly we witnessed another accident, another freak accident, in last weekend. In the F3 Macau Grand Prix, Sophia Florsch lost control at Lisboa corner at Pau at 170+ mph, was launched off the back of another car, and flew over the fencing, hitting the photographers’ bunker.

Fortunately, despite the awful look of the accident, no one died and Sophia is recovering from an 11 hour spinal operation. Along with thanking all concerned, and expressing concern for the other people involved in the accident, she has said that she is “going to come back”.

We at UKMotorTalk wish her and the other injured parties well and a full recovery.

In that respect, Billy Monger is a fine example of fortitude to all racers. Indeed, he is the Douglas Bader of our times.