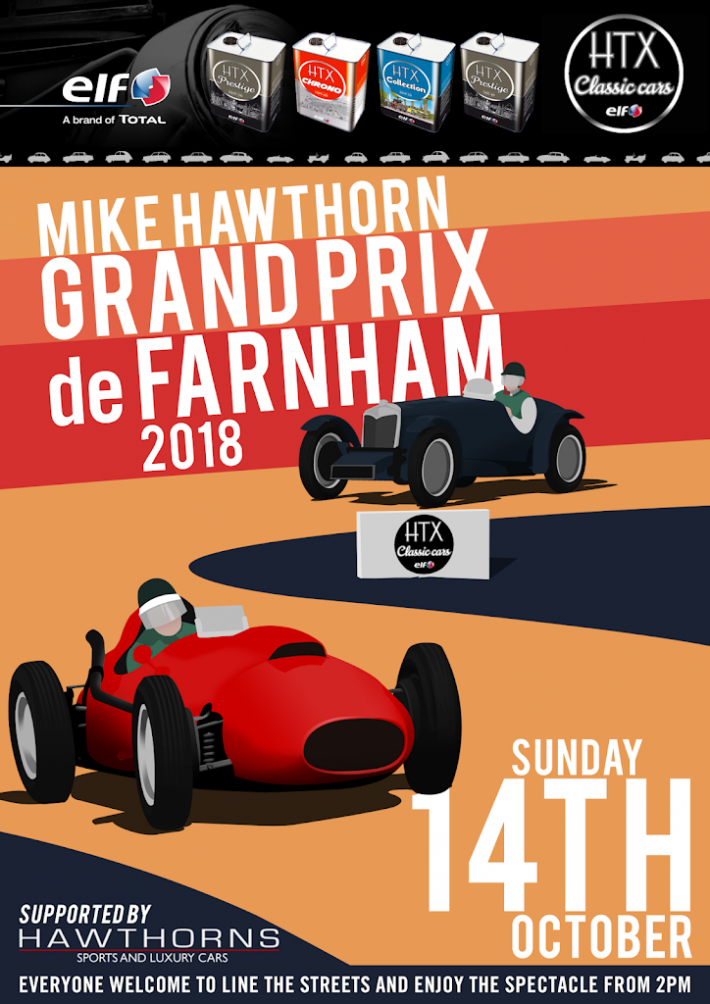 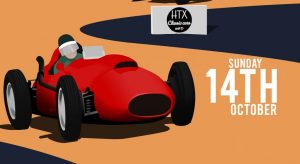 In just over a week’s time, the streets of Farnham town centre will be singing with the sounds of over 100 cars that were raced by, raced against, driven, or would have been of a type sold (at the Hawthorn’s own Tourist Trophy Garage in the town) by, Mike Hawthorn, Britain’s first Formula One World Champion.
The Total Elf HTX Mike Hawthorn Grand Prix of Farnham will bring together these vehicles, and a large number of enthusiasts, to celebrate the 60th Anniversary of Hawthorn winning the F1 World Championship. Everyone is encouraged to come and line the streets from 2pm to enjoy the sights, smells and sounds of some wonderful machines. 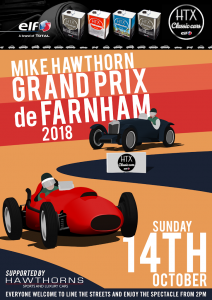 We were in the town, nearly ten years ago, when 50 years since Mike Hawthorn’s untimely death in a road accident was remembered, (see Mike Hawthorn Tribute from 2009) and this event promises to be even bigger.
More details can be found on the event’s website:
www.MikeHawthornGrandPrixOfFarnham.co.uk