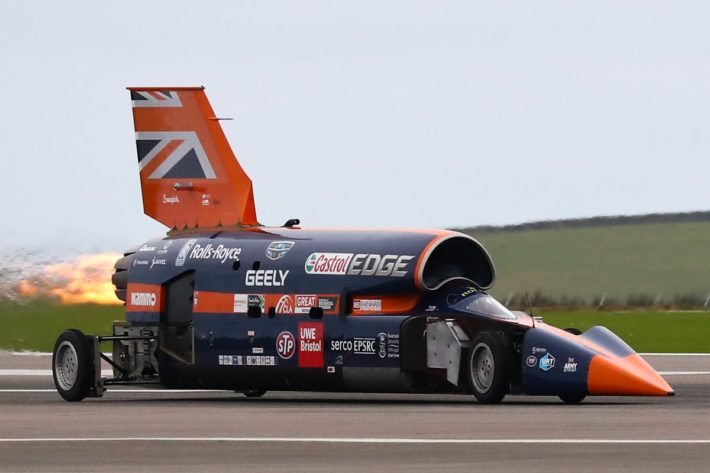 It was with more than a little sadness and disappointment that we learned this morning that the ambitious British project to break through the 1000 mph barrier has hit the brakes.

Bloodhound SSC is the brainchild of Richard Noble and forms the latest in his – up to now at least – successful series of world record shattering vehicles, designed as mentioned above to blast through the headline-grabbing 1000 mile per hour limit with current world record holder Wing Commander Andy Green at the controls.

However, the news this morning from the Bloodhound Team would seem to indicate that this dream might yet be beyond their reach as, according to their Twitter feed the company has been placed into administration with immediate effect.

It’s true to say that the Bloodhound project has not always enjoyed a smooth ride and a number of technical challenges and funding shortfalls have at times delayed progress but a recent chat with their man Lawson Mayor at the London Motor Show as recently as May this year was full of optimism with plans for testing and ever faster runs planned for this year and beyond.

Now it seems that unless the project receives urgent funding the hopes and dreams not just of the plucky Noble and his earnest squad but also of the generation of young engineers of tomorrow that Bloodhound was so keen to inspire might well have hit not the sound barrier but a hefty financial one.

There are some grounds for optimism however as already there are murmurings of alternative sources of finance – some high profile, others less so – stepping into the breach and we here at UKMotorTalk shall be keeping our fingers crossed that this ambitious, high-stakes endeavour isn’t headed for the pits just yet.