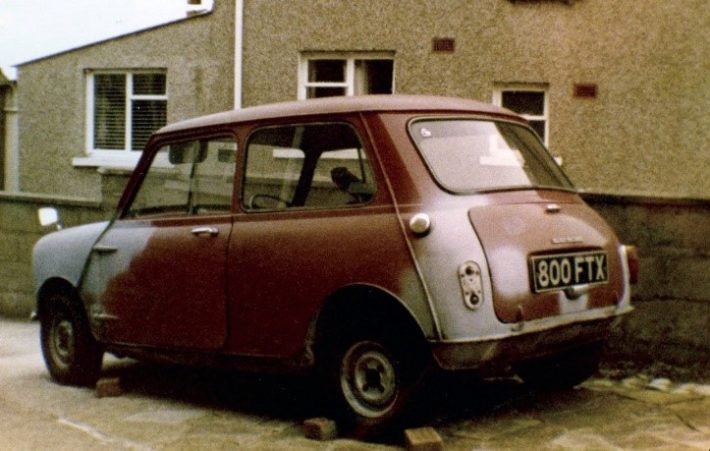 Again, yet another love story, or folly, of a young petrol vein pumping male who just had to get this one out of his system…

As always, it’s not necessarily the end result that brings the joy, but the journey that took you there. My story reminisces that joy throughout my journey of fulfilment… 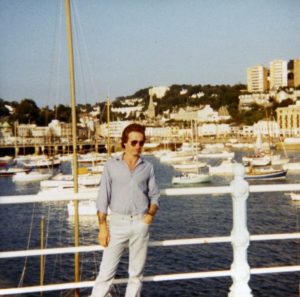 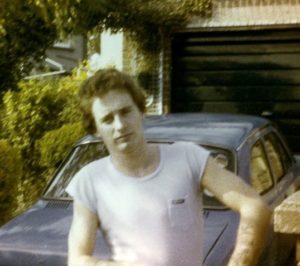 Above, a very young MJ, ready to conquer the world. More hair and less weight. Above left were my days in Monaco, or was it a day trip to Torquay? Too many James Bond films again!

Working as a vehicle technician from the 70s through to the 80s, standard food for thought were books like David Vizard’s “How to Modify your Mini”, especially of interest if you had a garage and a garden filled with Minis and Mini spare parts.

These books were great for any techie who was interested, driven and motivated to modify his Mini. The Mini in question by the way was an Alec Issigonis creation (i.e. a BMC Mini, or in my case an Austin 7 Mini).  When he created this little gem of car he did not cater for a heater or a radio as he thought these stupid and unnecessary. 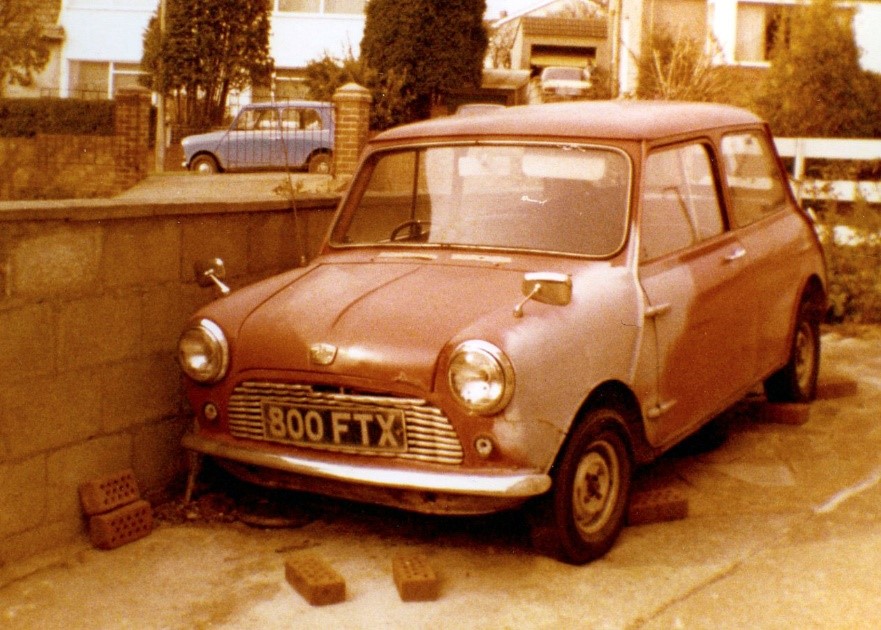 The Mini was the perfect starting block in those days, 1000s of second hand versions available at dirt cheap prices. Also, a whole host of donor engines, and parts available from the BMC line-up at the time. These were the days when you could really interchange parts, the Austin 1300 GT being a key donor car with its 1275cc engine. Again, loads of cheap second-hand ones available for donor engine, transmission and many other parts.

In those days ALL the 12-volt systems components were interchangeable, and a good techie could have the vehicle’s complete loom and all electronic devices swapped out in a day, unlike the complexity of today’s Multiplexed systems, where there is very limited to zero interchangeability of 12-volt electronic components.

The plan of attack was to accumulate Minis, 1275 Mini Clubmans, and Austin 1300 GTs.

The rules were basic, but mercenary: –

Ok, now that my cunning plan has been revealed to the world I can inform you that I had to stop when the neighbours complained about engine oil leaking from my back-garden onto their garden! Doors, boots and bonnets started to grow through the conifers dividing the two properties. Every inch of space in my garage (which was not large), and the garden, became a bigger store of BMC Mini and Austin 1300 GT parts than BMC at Longbridge, Birmingham. I started to use my Dad’s drive, house and garage to store cars and parts as well.

I did drain the oil before stripping out having un-restricted access to fully equipped workshops, but it was after hours. Along with some friends and apprentice techies, I had 4 hours to completely strip the car, and I stripped on average two or three cars per quarter, therefore, there was always some oil left in the sump. The oil that leaked from the engine over into the neighbour’s garden came from an engine that had all the oil left inside, an apprentice clearly more interested in the pie and chips I had bought him for draining the oil from the engine! 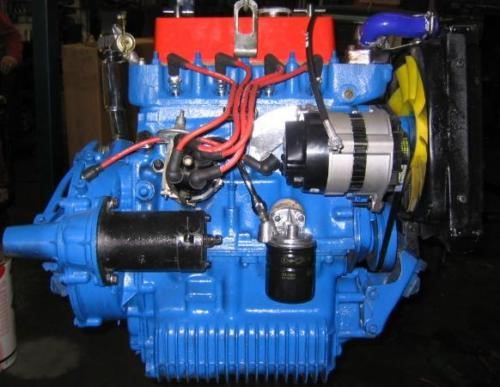 The completed engine was sprayed in blue Hammerite temperature sensitive paint, above seen ready to be dropped into the sub-frame, with 45-amp alternator conversion and transistorised ignition, bartered for in the background somewhere.

I had lots of “Best Friends” in those days, especially with family and friends, many of them running Minis. Parts and repairs became very economical for them, but time consuming for me. In fact, the majority of my colleagues at work, and fellow Vehicle Techie students at college, were always scrounging Mini bits off me. However, I kept a tight record book keeping system, and they all contributed in various ways in the building of MY Mini, paying me in goodwill, painting the car, fabricating parts, loaning special tools and much more.

So, whilst it was a labour of love, as are most of these projects, the budget was tight. Techie wages were abysmal during these times, so I had to find more mercenary ways to fund the project!