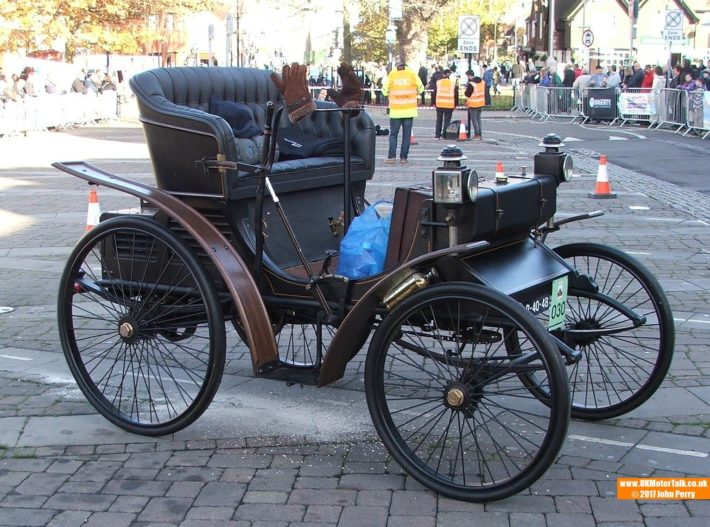 This 121st running of the annual Bonhams London to Brighton “Emancipation Run” (celebrating a freeing up of British road laws) sees over 400 vehicles that were built before 1905 complete the 60 miles from London’s Hyde Park, to Brighton’s Madeira Drive on the seafront.

We caught up with them at the Crawley High Street Paddock, before following on the southern part of the route to Brighton.

We recorded many interviews with participants on the day, and here include chats with Bonhams Malcolm Barber, John Dennis, and Gilbert Warning, owner and driver of a beautiful 1899 Peugeot.

Some of the sights at the Crawley checkpoint…: