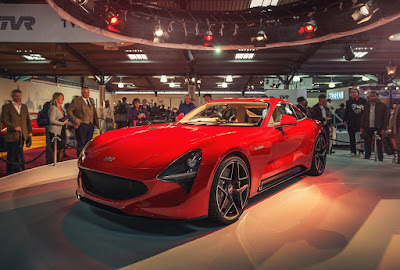 Revealed at Goodwood’s Earls Court Motorshow, at the aptly named Revival, the brand new Griffith boasts a (tantalisingly close to 500bhp) 480bhp 5-litre V8 borrowed from Mustang and fettled by Cosworth.
TVRs of old were… well… a bit of a handful. Not particularly famed for their sophistication but always, in the most brilliantly British way, absolutely bonkers. The Sagaris was maybe the best example of this; exhausts projecting sideways out of the rear bumper as if the rest of the car was fighting to keep the powerplant under the body. Then there’s the noise, a baleful wail; a jet-fighter of a car you always heard coming before you saw it – streaking past as a ballistic, flip-painted blur.
The new ‘Tiv’ results in a bit of a quandary. It both needs to be and can’t be more of the same. It’s 2017 now and times have moved on.
When the last of the previous TVRs rolled off of the production line and out the door in 2012, the quirky foibles were only borderline acceptable and the bi-polar drive meant that the throttle acted more like a mood switch that when provoked, could end up with you watching as lamp-posts and scenery switched sides. It wasn’t great news if you did have an ‘off’ either. Despite its rawness and its failings, we ended up loving it all the more.
But that was then and this is now. 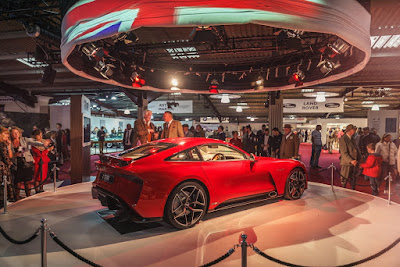 Drivers, especially those paying around £90k expect more and the TVR will have to deliver if it is to be anything other than very niche or produced only for the 500 early-adopters due to see their new Griffith in 2019.

Retaining all the character and heritage whilst producing a thoroughly modern sports-car will be one hell of a challenge and one their engineers have been working on since 2013.

The new TVR will be quick, there, there is no doubt; 400ish bhp per tonne will allegedly catapult the car in sub-4 seconds to 62mph and topping out at 200mph – proper supercar stats, but without all the AWD electronic trickery that allows mere mortals the ability to progressively pedal around offerings from the likes of Audi or Lamborghini, and arguably removing some of the fun. Instead the car will employ an all-new carbon fibre bonded body and chassis, 50/50 weight distribution and, refreshingly, a six speed manual box. Undoubtedly not the quickest way to swap cogs, but arguably far better for driver involvement. 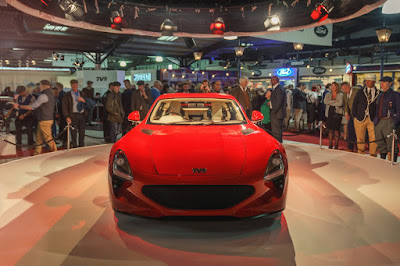 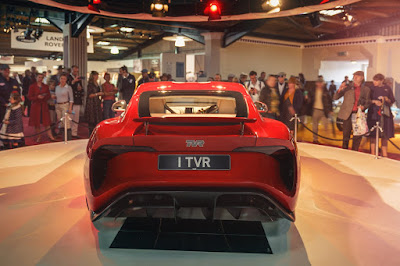 It’s good looking too if not outlandish, with definite ques from past models, but with a splash of AMG SLR, F-Type, Maserati and [G1] Corvette thrown in for good measure. It’s good to see the signature handle-less doors make a re-appearance too. The interior has also evolved, but as with niche sports-cars and TVR in general, it is clear that certain bits of switchgear have been borrowed from other vehicles. The keen-eyed will notice the steering column, switchgear and air vents all borrowed from the outgoing Fiesta. 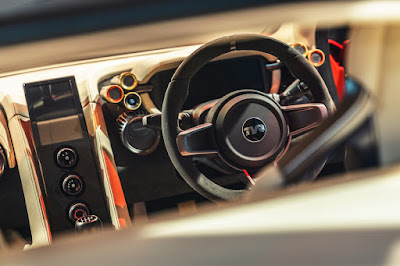 We haven’t driven it yet – TVR themselves aren’t running the car here at Goodwood Revival, but with so much invested, there is no doubt that success will be make or break. Meanwhile, we’ll be first in line for the keys.
Michael Gates