3D printing has been with us a for a while now and product designers are coming up with ever more innovative uses for this rapidly developing technology.

Traditionally used in industry for rapid prototyping and test manufacture of components prior to full production runs being commissioned, the application of the 3D process has seen both the range and physical size of ‘printable’ objects increase dramatically in the space of just a few years.

Whilst the aviation sector has rather taken the lead when it comes to getting 3D-printed parts onto its end products – Airbus for example fitting many of them to its new A350 – the automotive industry has not been slow itself to see the potential, and the traditional prototyping and design phases of car design are already benefitting from the rapid turnaround times and flexibility that the process delivers with printed parts starting to find their way onto production models.

Currently, only high end manufacturers such as Koenigsegg are bolting printed components onto their vehicles but as the costs come down it’s surely only a matter of time before you’ll be able to pop to your local showroom and purchase a Peugeot or Porsche fitted with printed parts..

The next logical stage of course will be the entirely printed vehicle and already Local Motors in the US have managed to produce a design in the form of the Strati, a basic electric concept which took around 40 hours of printing time to churn out. 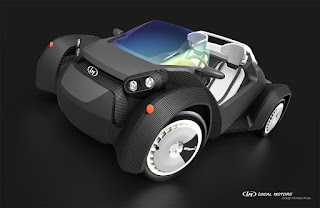 Interesting though the Strati is as a design however, it’s Honda’s latest offering which really deserves a closer look.

The brief to Honda and Kabuku was to provide a compact, fully-electric delivery vehicle capable of negotiating the narrow streets of Kamakura where locally-based confectionary company Toshimaya is based. Finding it increasingly difficult delivering its famous dove-shaped Hato sablé shortbread to customers using an ‘off the peg’ van, Toshimaya realised that some innovative thinking was required resulting in the bespoke creation provided by Honda and Kabuku. 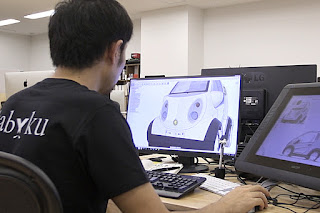 Measuring 2.5 metres from stem to stern and around 1.3 metres across this tiny little truck weighs in at 600 kilos and only has room for the driver with the rest of the boxy body being devoted to the carriage of the delectable avian shortbread. 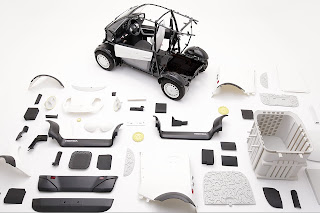 Using the Variable Design Platform which allows for different vehicles to share certain fundamental construction features the diminutive delivery van went from design to reality in an impressive 2 months and now serves both as a clever and cute solution to Toshimaya’s delivery problems as well as providing them with a unique and eye-catching mobile billboard as it hums around the tight confines of Kamakura’s streets. 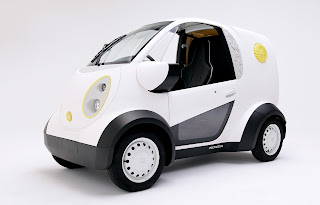 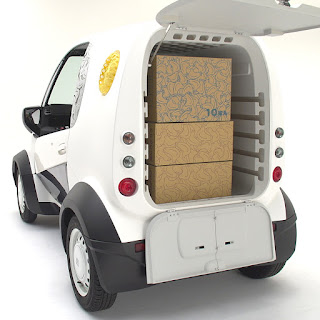 Looking ahead we’d expect to see more and more of these examples of 3D printing technology being applied to motor manufacturing. As demonstrated so ably by Honda – albeit in collaboration with a firm which is already operating in this area – major manufacturers are starting to look seriously at the benefits.

With relatively quick development turnaround times and the ability to infinitely customize models whilst utilising a modular set of underpinnings, the potential, once this methodology has matured somewhat must be huge.