Yesterday we mentioned this sale, and it proved to be no disappointment…. 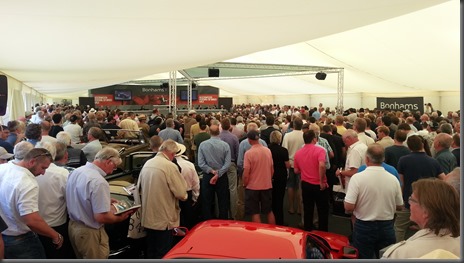 The Bonham’s auction-room was standing room only, and even then the crowds spilled outside on to the grass, such was the anticipation!

There were several gasps when the initial bids were made… £3m got quite a yelp from a woman standing behind me!! 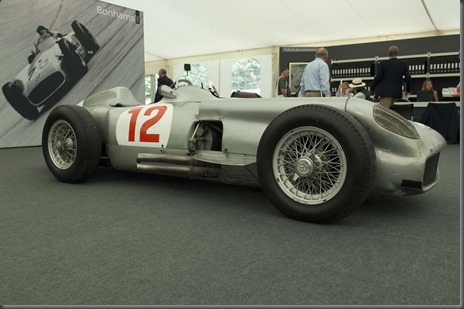 Slowly it climbed to the (probably) record breaking figure of £17.5m…. £19.6m once you’ve added tax and commission…. Not a bad day at the office! 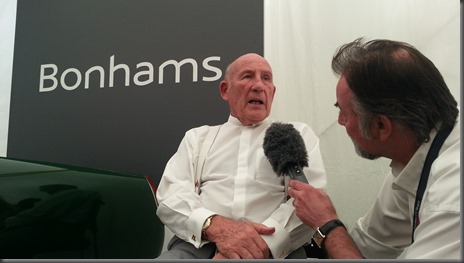 AND we spoke to Stirling Moss about driving HIS version of the car….