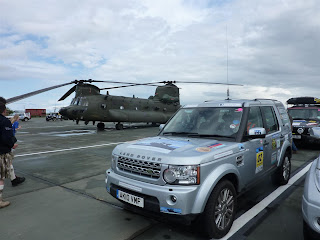 Fundraising has never looked so interesting!

2000 miles 4×4 driving across Europe… Starting with some of the roads and byways of Salisbury Plain, an overnight ferry crossing lands you deep in the history of the D-Day invasion and the liberation of Europe in 1944-5… Pegasus Bridge (and its excellent museum)… St-Marie du Pont…. Utah Beach…. St. Mere Eglise….
The route, taking in many significant locations of great historical interest including the ‘Western Front’ of WWI, takes the HELP for HEROES 4×4 EUROPEAN RALLY all the way to Adolf Hitler’s Alpine retreat at Berchtesgaden in the German Bavarian Alps. 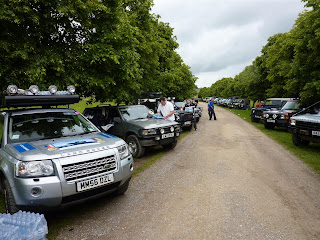 The third running of the rally will start on 16th June 2012 from Littlecote House Hotel, North Wiltshire. This 2000 mile family friendly non-speed touring assembly is a meander through 6 European countries over 12 days. With a maximum of 45 teams, it is a part military history tour (including War Graves cemeteries, historic sites, museums etc) and will include some fun challenges, off-road driving (on public roads as well as private land) and social elements. It is open to road-legal 4×4 vehicles. Serving and ex-military entries are welcome, as are civilians and families.
For information and further details please visit www.h4hrally.co.uk or contact the organisers via email info@h4hrally.co.ukor call them on (Tim) 07917 097374 / (Keith) 07766 712851.
HELP for HEROES 4×4 EUROPEAN RALLY thanks their partners; Jaguar Land Rover, o2, The AA, Brittany Ferries, DFDS Seaways, Skytag, Cambrian Fuel Card Services, The GGR Group, CWGC, DTS Terberg UK, Marshall Military Sales, Domino’s Pizza, Warner Leisure Hotels.