UKMotorTalk’s Alex Henry and Dave Wakefield braved the freezing weather and headed over to Weybridge for a cold but sunny day at the historic circuit…
Billed as the largest New Year’s gathering for classics in the South East, Brooklands Museum’s celebration of pre-1973 motors certainly seemed to be living up to the hyperbole.
Even as we walked onto the site a stream of mouth-watering machinery was arriving via the Campbell gate joining an already bustling collection of vehicles spread all over the famous grounds of the UK’s first ever purpose-built racing circuit. 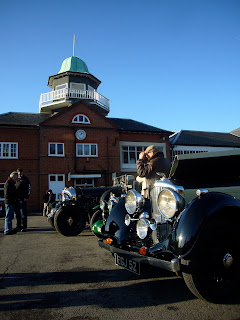 Evocative marques such as Frazer-Nash, Triumph, Alfa Romeo and Sunbeam were well represented with clubs from all over the country proudly displaying their treasured cars. 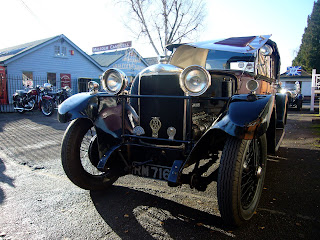 Whilst vintage and classics were the main feature on this cold but sunny Friday, moderns were well-represented too with Jaguar XKs lining the legendary banking 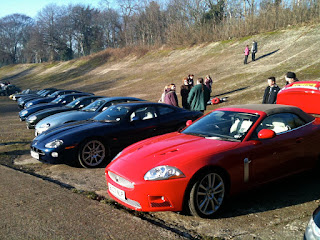 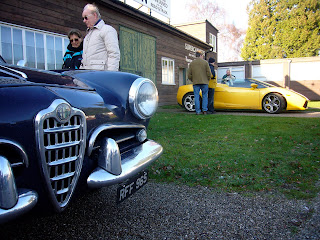 As well as being able to dawdle through the ever-changing displays of humble and exotic metal on show, visitors could also take the opportunity to explore the museum itself which houses such iconic automotive and aviation exhibits as the recently-returned replica of the WW1 era Vickers Vimy bomber which shares hangar space with the sole remaining Brooklands-built Wellington bomber ‘R for Robert’ which was rescued from Loch Ness in 1985. 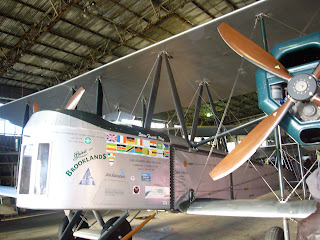 In the Jackson Shed, budding F1 drivers could try their luck at hurtling around a digitally-recreated Brooklands circuit in a genuine McLaren simulator whilst more junior Jenson Button wannabes could live out their racing driver fantasies in a 1991 Mclaren F1 showcar – nigh on identical to the one piloted with such success by none other than Ayrton Senna in the early 1990s. 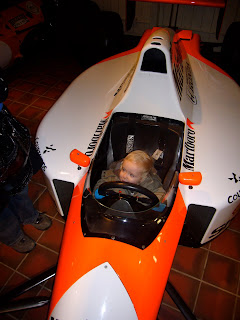 Probably one of the biggest draws at Brooklands these days is the beautifully-restored Concorde airliner G-BDDG which stands proudly next to the Wellington hangar and offers visitors a glimpse of the now sadly historic world of the supersonic traveller. Many who’d turned up to see a wonderful collection of vehicles of yesteryear were sufficiently entranced with the delta-winged pin-up to part with another £4 for a tour of this icon of aviation glory. 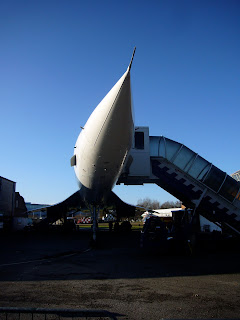 Brooklands is a place with such a palpable sense of history, both in terms of its motor racing and aircraft-related heritage, and therefore a fitting venue for a well-attended event such as this. The museum hosts many other gatherings and themed events throughout the year and UKMotorTalk will be getting along to as many as possible in 2010..