Skip to content
Loading...
Latest news
Brooklands Museum Centenary of Speed – Kenelm Lee Guinness 133.75mph in 350hp Sunbeam
Podcast – Brooklands Museum Centenary of Speed
Podcast – SMMT Test Day 2022 – Part 2
Podcast – F1 Update – Miami
Podcast – Fully Charged Live, Morgan Sports Car Club and looking forward to the Brooklands Centenary of Speed event
andrew denyerdave wakefieldeventland roverukmotortalkukmt
Can anyone think of a better way to spend a few hours on a Sunday than walking round a collection of Land Rovers, new and old?
OK, I can hear some sarcastic comments so don’t answer that….
As regular followers of UKMotorTalk will know, 4x4s, and specifically Land Rovers, have long been my particular area of interest in the motor world… A Ferrari just doesn’t have the same appeal to me as a Series 1 Land Rover!
So, a slight drizzle in the air as we arrived at the Rural Life Centre in Tilford in Surrey was not going to dampen my spirits… 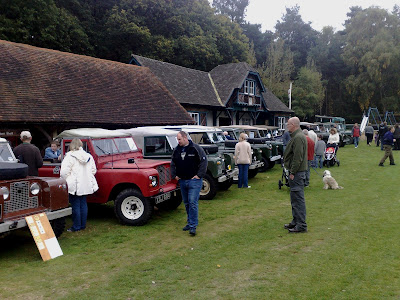 Set in the fascinating surroundings of the museum, (well worth a visit any other day!) this fine collection of Land Rovers came from near and far… But, of course, it is not only the cars that we came to see, their owners were also on hand to chat to and share their own stories… 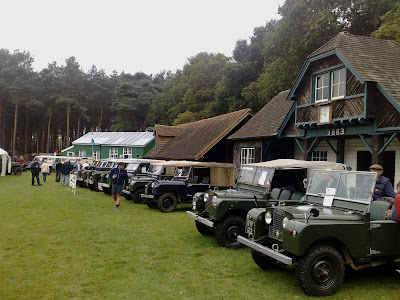 Amongst the early examples was this fine 1948 Series 1 which, as it says, was the second off the production line. 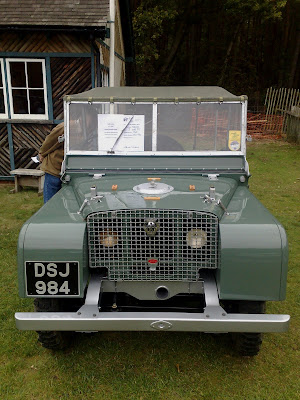 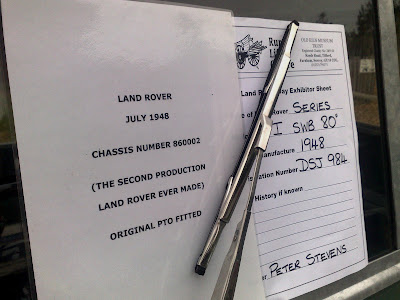 On a purely practical note, having information sheets, such as this one, on each and every Land Rover on display, was great for the casual observer… I realise that to some a 1948 Series 1 will not differ in any great way with a modern Defender (can I hear those sarcastic comments again?), and to have a concise note of age, model and any interesting historical points was really useful.
It wasn’t all 60 year old nostalgia of course… We also spent many happy minutes talking to owners of much newer craft…. Freelanders, Range Rovers and Discoverys also being included.
On a very anoraky note, I was pleased to see a Discovery that was probably registered just minutes after my own… Its registration number only differing by a few numbers… Why does this give me a warm feeling??? Answers on a postcard!
All in all a really enjoyable few hours… Even of interest to the most junior member of the UKMT team… Though I will have to encourage him (and his father!) to not refer to all Land Rovers as ‘tractors’! The owner of the Overfinch Range Rover would probably NOT be impressed! 😉
AD