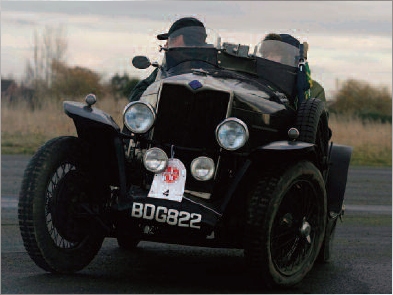 Spotted at the launch of this year’s Goodwood motor sport events, ‘The Bigley Special’ is a truly remarkable car of great character, reflected in the many ‘Spirit of the Rally’ awards received.

Well known and admired throughout Europe, it is almost certainly the most extensively rallied and used Riley there is.

The car has been maintained throughout by the leading marque specialists, Blue Diamond Services, who have copies of all bills and are happy to discuss any aspect of the car. 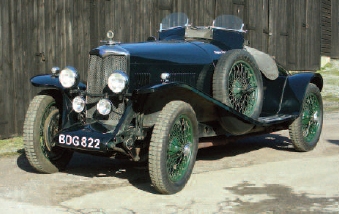 Originally built as a trials car, the car was restored 15 years ago. The chassis is from a 1937 Riley, powered by a 1498cc engine. Using a 1920‘s Talbot scuttle and body. The wings are from a Riley MPH, whilst the bonnet and radiator are Riley Monaco items. These give the car its current purposeful look.

The car has finished all events, bar the first Measham Rally (a freak problem) and been driven to and from all these events. In addition ‘The Bigley’ has undertaken several high Alpine tours.

An ardent supporter of charity Odyssey, the current owner is donating a large proportion of the sale proceeds to the charity. Ross & Ewing will not be charging any commission.

Odyssey is a charity which uses the stimulus of the outdoor environment to enhance the lives of people with cancer. It provides 5-day activity programmes which encourage participants to achieve what they had considered impossible, thus restoring confidence, energy and self-esteem – allowing them to move beyond their cancer diagnosis www.odyssey.org.uk 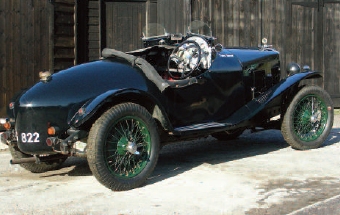