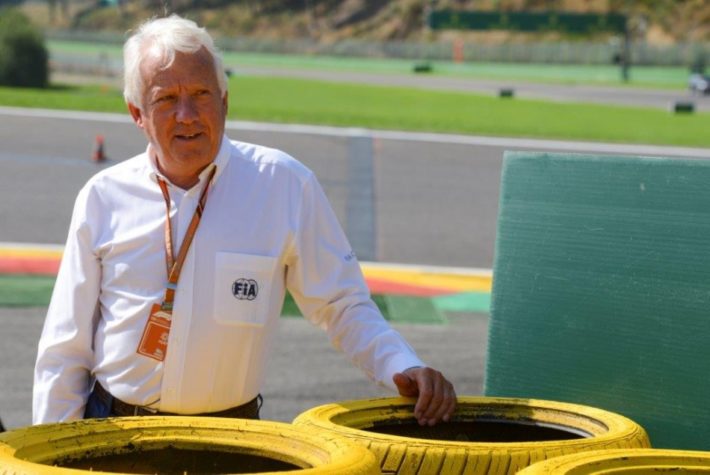 It is with great regret that we mark the unexpected death of veteran F1 race director Charlie Whiting.

On the eve of the season opening Melbourne Grand Prix, Charlie reportedly suffered a pulmonary embolism.

Charlie was an essential part of the structure of Formula One, a man entirely dedicated to the sport. A long time ally – and former employee at Brabham – of Bernie, he was a steadying influence over the maelstrom that is the pit lane, a crucial role recognised by Liberty when they bought out Bernie they kept in place one of the sanest most reasonable characters in motor sport.

His role as race director was really defined by himself over four decades and encompassed starting the race, observing the rulebook that he had a major hand in writing, keeping the race officials and stewards in line, and preventing the competition between teams and drivers turning into open warfare.

Charlie’s untimely passing is a huge loss to F1. His boots will be very hard to fill.

We are filled with immense shock and sadness at the news of Charlie Whiting’s passing.

He will be remembered as a giant of the sport, as well as a dear friend to so many.

Our deepest sympathies and thoughts are with his friends and family.https://t.co/36pAcjjZOy

It is with immense sadness that I learned of Charlie Whiting’s passing. He was a central & inimitable figure who embodied the ethics & spirit of motor sport. @F1 has lost a faithful friend & a charismatic ambassador. All my thoughts & those of @FIA go out to his family & friends pic.twitter.com/RhCR1M5rJL— Jean Todt (@JeanTodt) 14 March 2019

Sad times with the passing of Charlie Whiting. You’ll be missed matey.😔 pic.twitter.com/Ij74m584GG