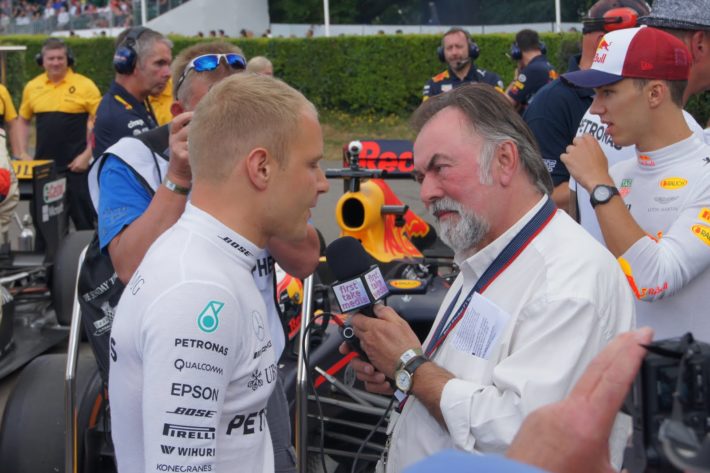 For a relatively small nation, Finland has always proved herself capable of punching well above her weight.

From giving the Soviet Union more than a bloodied nose at the outset of World War Two to being the home of what was – until the dominance of Apple and Samsung – the most successful mobile phone manufacturer ever, this small Nordic country has exerted an influence on the world which is somewhat at odds with her physical proportions.

Some say that this is due to the harsh winters experienced up there resulting in the population being imbued with a grit, determination and resourcefulness required to survive in such inclement and challenging conditions. Others say that it’s because they’re fuelled by industrial strength Vodka and indeed there is certainly convincing evidence to support both theories..

But Finland’s relation to fuel of a different variety – the distillates used to power racing cars rather than the hardy souls who reside there – has played its own part in another area in which Finland has exerted such a seemingly disproportionate influence, namely that of motor sport.

Indeed, if asked to name a rally or Formula One driver of the last few decades who has partied hard yet driven even harder I can pretty much guarantee that at least 2 or 3 of the names proferred will be Finnish.

All exemplars in their field and all brought up to learn to drive in the unforgiving Winter conditions of Finland. If you can drive there, then you can probably drive anywhere and indeed, whether it’s on the gravel and ice-strewn special stages of the rally circus or the glittering circuits of the Formula One world the Moniker of ‘Flying Finn’  is an oft-used and generally well-deserved one.

This season in Formula One there are two Finns vying not just for the coveted World Championship Driver crown, but also for the unofficial right to call themselves the current “Flying Finn” and it’s arguably an extremely-talented 27 year old who’s keeping his illustrious team mate honest  at the pointy end of the grid who can lay claim to this cherished title.

For it is Valtteri Bottas sitting in 3rd position in the 2017 Driver’s Championship in the Mercedes W08  – a full 2 places and 38 points ahead of his countryman, the Ferrari-driving vodka-enthusiast Kimi Räikkönen – who is doing the business this year.

After having been poached from Williams in the off-season to replace the retiring World Champ (and Finn(ish) himself) Nico Rosberg, Valtteri has been putting in some stunning performances this year already and is in with of shout of the Driver’s Title in his debut year with Mercedes – a prospect that must be giving Lewis Hamilton some sleepless nights..

Graham caught up with Valtteri as he got ready to take a previous example of his company car up to the top of the Hill..

Keep up to date with the UKMotorTalk Podcast:

Add https://feeds.feedburner.com/ukmotortalk to (or search for UKMotorTalk on)
your podcasting app of choice

Keep an eye on https://ukmotortalk.co.uk/podcast/