Skip to content
Loading...
Latest news
Podcast – Goodwood Festival of Speed 2022 – Part Two
Podcast – Goodwood Festival of Speed 2022 – Part One
Podcast – F1 Update – Canada
Podcast – Anoraks At The Ready For Cardle, Mini Mokes, and Long Car Journeys
Podcast – F1 Update – Azerbaijan
f1formula onegraham bengestirling moss
We have just heard that Grand Prix legend Sir Stirling Moss suffered a serious accident at his Mayfair home over the weekend when some sort of mechanical failure in his indoor lift resulted in the doors opening at the wrong place and Sir Stirling apparently fell 3 floors suffering two broken ankles and other injuries to both feet.
He was admitted to the London Hospital and then moved yesterday to the Princess Grace Hospital following the intervention of former F1 safety advisor and doctor Professor Sid Watkins. He has since been operated upon and is currently in intensive care. 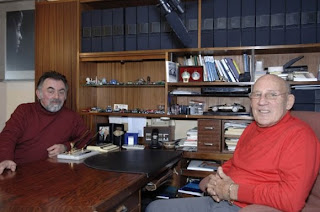 I have known Sir Stirling Moss for the best part of two decades and interviewed him many times. Last year we were employed by him to add numerous videos to his new website which were filmed in his home. As ever, he and Lady Moss were charming and delightful to work with and simply be around.
Sir Stirling is widely regarded as probably the best F1 driver never to win the World Championship, winning many hundreds of races in F1 cars, sports cars and saloons until his career was cut short by a near fatal crash at Goodwood in 1962. He was knighted for his services to motor sport in the New Years’ Honours list in 2000.
We wish him well and hope for good speed in his recovery from this bizarre incident. In his life he has come back from many accidents, showing amazing powers of recovery and even at 80 he has an extraordinarily strong will. We hope to see him, quite literally, back on his feet as soon as possible.
Our Very Best Wishes for a speedy recovery to Sir Stirling and our thoughts are with Lady Moss.
Graham Benge