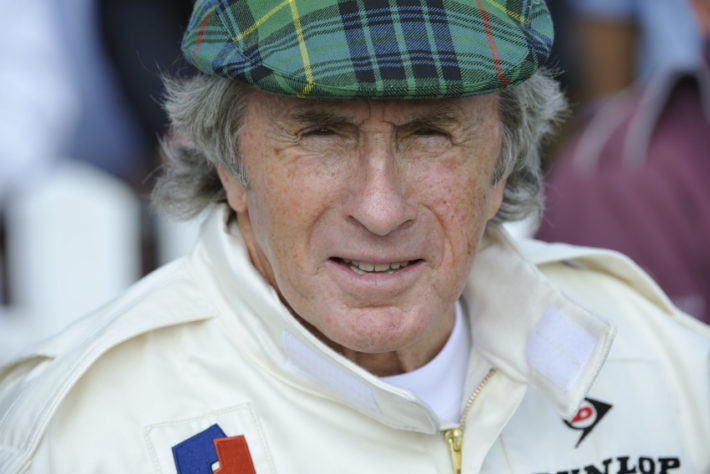 Happy Birthday to Sir Jackie Stewart, 80 today, a great racer, a great driver safety campaigner, and now also a great campaigner for the discovery of a cure for dementia as Helen, his life long partner, slips away from him.

One of my great racing heroes, along with Stirling Moss, I have been lucky enough to meet Jackie many times, indeed he gave me one of my first radio interviews, graciously allowing me a long and detailed interview while eating his lunch, the only time he had available.

On another occasion I was fortunate to spend two days as a guest of Ford driving Sierra Cosworths at Oulton Park, my practical tutor being BTCC champion Robb Gravett, but my theory tutor, yes ’twas Jackie Stewart… and worse was to come… Sir Jackie was also the examiner! I vividly remember his urging in that soft brogue “more power” as I reached what I thought was my safe limit.

I hope my story demonstrates that Jackie was an all round good guy, and still is. Having met him many times over the years, he’s never been less than welcoming and openly friendly.

From the beginning Jackie battled with dyslexia, but his determination took him to international fame as a crack clay pigeon shot before he ever got in a car, but after some sports car wins he was offered a chance to test an F1 car at Goodwood.

The story is the stuff of legend, he was immediately half a second faster than the F1 pro who was there that day and got faster with every lap. Thus began a relationship with team boss Ken Tyrell which took them to 3 world F1 championships.

Jackie also became the great champion of driver safety, and the improvements he and Sid Watkins forced on the FIA has saved, and continues to save, many lives in a notoriously cruel sport.

So now, as explained in our recent interview with his son Paul, Sir Jackie has thrown his efforts and his considerable fortune behind finding a cure for the dementia that now afflicts his wife Helen.
In the 60s and 70s they were F1’s golden couple, and now she is fading away.

Sir Jackie has been a champion in so many ways and now he’s championing his most worthwhile cause of all.

Happy Birthday, best wishes, long life and good luck from us all at UKMotorTalk.