Skip to content
Loading...
Latest news
Podcast – Goodbye Lotus Elise and Exige. Hello TVR Griffith?
No DAB radio? Here’s an easy 12v socket install with a DAB adapter
Uncovering my Ford Orion Equipe – Which engine should I build next?
Podcast – Renault 5 prototype, hot hatches, and the UK motor industry
How to Build a Car: The Autobiography of the World’s Greatest Formula 1 Designer
f1f12017Ferrarigraham bengekimi raikkonenmax verstappenopinionred bullsebastian vettel
OK, so you have to be my age to understand the title reference, but Sunday’s three-way tie for the Singaporean scrapyard will run on for the rest of the season and may well be the championship decider.
So who was to blame?
Given that the total bill for two scrapped Ferraris, and a scrapped Red Bull, is circa £10 million, if they were insured it would certainly NOT be regarded as a no fault accident!
Well, there seem to be several schools of thought…
Actually, after several viewings it’s probably (at least partially) ‘yes’ to all of the above! So, it’s a racing accident… 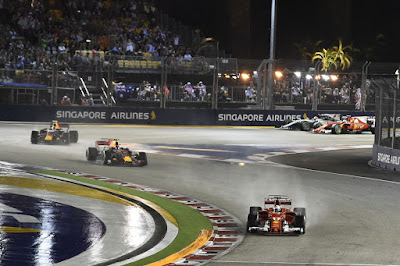 BUT, that is not the first time a rather reckless swerve by Seb to protect a position has caused an accident.
There are parties in, or recently exiting, the pit lane who will suggest that perhaps Sebastian Vettel, a worthy four-time champion, has a little of the darker more ruthless elements of Michael Schumacher about him at times. 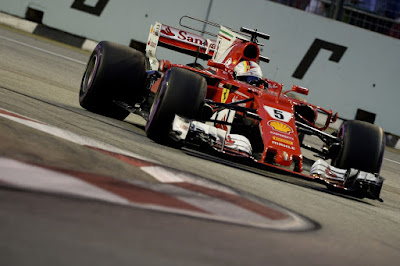 So, no penalty then for any of the drivers, but all three were called in to the stewards, and hopefully all were given a real warning about driving standards.
They all know accidents are many times more survivable in the latest F1 cars. A decade ago that accident could easily have led to two or even three deaths or life changing injuries.
Let’s hope all three learn from Sunday’s shambles.
Graham Benge