Ian King is the brave/mad – delete as appropriate – chap who regularly drapes himself across dragster bikes capable of launching him at the horizon faster than anything short of something weapons-related.

Not only is he a five time European Top Fuel Bike Champion, he also manufactures the engines used by pretty much any of the Top Fuel community worldwide – a fact which means that even if he personally is having an off day, somewhere in the world, one of his engines will most likely be flying the flag for the King concern.

He spoke to UKMotorTalk’s Will Chambers at the 2015 Goodwood Festival of Speed about how he started out building bikes in his youth, how his bike is powered by explosives, and what it’s like to regularly terrify small children every time he winds open the throttle on his astonishingly-loud company transport..

You can listen to Ian chatting to Will here

And find out more about Ian & his exploits here 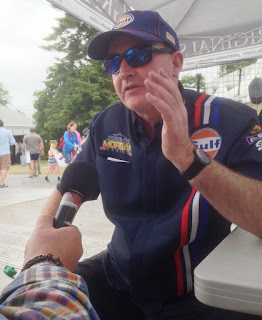 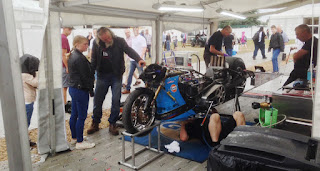