Karl-Heinz Kalbfell died following an accident during practise for a classic motorcycle race at Brands Hatch on 17th August. 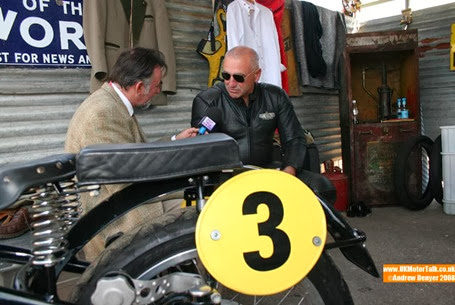 Karl-Heinz, whom I interviewed several times in recent years, died racing bikes as was his lifelong passion, despite being in his 60s, but I knew him as one of the most far sighted men in the global motor industry.

A senior member of BMW’s main board his extraordinary vision brought them to global prominence.

Among other remarkable achievements, he was first to build a production facility in China, years before others recognised the buying power of their developing economy.

But probably his two greatest triumphs were persuading BMW to firstly buy Mini, then a loss making part of the British car industry, and soon after to buy and revive the greatest car in the world, Rolls Royce. Both companies have thrived under BMW ownership.

He led both projects not just with his business head but as a passionate fan of both marques.

He will be remembered as an extraordinarily farsighted member of an industry not noted for the number of its visionaries, and being the man who probably saved two Great British marques from oblivion.