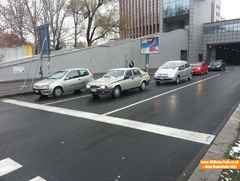 Early December is time for the annual Italian Motor Show. It’s not held where you might think, in the sparkling city of Milan or Turin, home to Fiat’s old Lingotto factory, famous for being the scene of the roof top chase in The Italian Job. Instead, it’s held at a miserable 1970’s concrete complex, just outside Bologna.

Bologna itself is an incredibly beautiful medieval city, home to a number of dizzy towers, which have just as much right to be famous as the Leaning Tower of Pisa but, because they’re not white, aren’t. Perhaps the reason for holding the show in Bologna, is due to the proximity of the supercar manufacturers in the region. Ferrari, Lamborghini, Maserati and more recently, Pagani are all a short drive away. 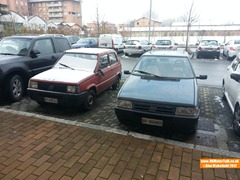 There’s a lot of industry nearby and centres of population. Maybe it’s a cold-headed commercial decision, conceived to get as many punters through the door as is possible. Important in these straitened times, because the Italian car industry seems to be in need of as much help as it can get.

I’ll qualify this first though, because Ferrari, Maserati and Lamborghini seem to be doing rather well. Domestic sales are poor, but otherwise sales figures are on the rise worldwide. Ferrari seem to launch a new car every year and are no stranger to killing off cars in their prime. This takes confidence. Likewise Maserati, who are about to launch not just one, but two new Quattroporte saloons and a brand new SUV.

But whilst this is all going on, it’s hard to wonder if it is all at the expense of the more down to earth brands that you and I might actually be able to afford. With every decade that passes comes another claim of an Alfa Romeo renaissance, or a rejuvenation of the Lancia badge. Group parent Fiat seem to come in fits and starts with alternating generations of cars going through a cycle of praise and derision. But it’d be difficult for even the most diehard Alfa advocate to deny that things are in seriously bad shape.

Back to the Bologna motor show, 2012. An annual pilgrimage – a two hour flight from London and a night in a cheap hotel, together with a shiny Christmas market for unusual gift opportunities. Not the biggest or best show in the calendar, but normally a fantastic opportunity for those like me – with a penchant for Italian cars – to have a good look around the local specialities. Only this year, there were none on display. 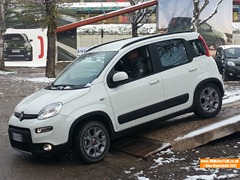 With the exception of a handful of Panda 4x4s, the Fiat Group had no formal presence at this year’s show. No Fiat. No Alfa. No Lancia. No Maserati. No Ferrari. There were a few third parties there, but otherwise that was it. Why? Money. The people of Italy are poor. You can tell from the way they dress (winter coats that look like bin bags), the way they smell, what they eat and how easily they were distracted by a skanky girl’s backside, draped over a Corsa on a tuning stand. 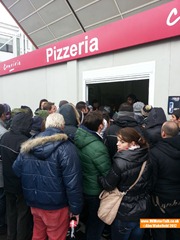 It hasn’t always been this way. There has always been an unbridled love of ogling girls but at least in the past, they were pretty and sitting in a Ferrari. This year, the best a pretty girl’s posterior was going to get was a Renault Clio estate, the only world premiere on offer. Renault had a presence, comprised of small cars, electric cars, small electric cars and Dacia. Economy cars, in other words. VW had the new Beetle convertible and latest Golf, but that was about it. The reverse psychology in employing male models to sit in the Beetle rag top wasn’t working either. No girls expressed any interest. 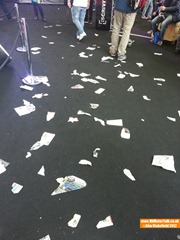 Even the profligate Mercedes Benz, with their bewildering array of niche models could only field a handful of cars and GM could show you either an Adam, or a Mokka. The show was rubbish and locals voiced their disapproval by tearing up pages of brochures and guides and depositing the refuse on the floor. By the end of the day, certain areas took on the appearance of a really cheap ticker tape parade. In short, the show was crap.

A flight back to the UK and it’s time to start taking this all in. This isn’t the first recession felt by the Italians but have their attempts at bailing out the US car industry with the acquisition of Chrysler, got something to do with the poor showing in the European market? Why is Lancia basically dead, with Alfa hot on its heels? Why can’t Fiat sell anything other than 500s and Pandas? 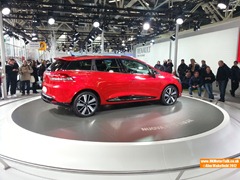 A friend of mine recently acquired a brand new Alfa Romeo MiTo – Alfa’s MINI. Like me, he has a day job which requires extensive travel by car, and he is able to choose a new company car every few years. Enchanted by the MiTo’s pretty looks and comparatively athletic Diesel engine, he overlooked the possibility of quality issues and the lack of a nearby dealer and filled in the order form.

The car arrived in May 2012 and was pressed into service. It started to fall to pieces within weeks. The first issues were corrosion of the wheel nuts and plastic interior trim falling off. “You’ve never had an Alfa before, have you sir?” was the response he got from the service reception when he set out his complaints. Only the rusted nuts were replaced, despite it being clear that the others would fail shortly thereafter. The trim was reapplied, only to pop off again.

The plastic under engine cowling has fallen off and the front wipers are so badly aligned that they have scraped the paint off the rear edge of the bonnet, right back to the bare metal, necessitating a respray. Whilst it’s true that the car does more miles than most others, this is beyond a joke for a car that has not yet even seen out its first year. I should also observe at this point, that not every Alfa is like this. Perhaps this is just the Italian equivalent of the infamous BL ‘Friday Car’ or it’s simply just a lemon.

But, given so many of these issues seem to relate to poorly designed trim and finish elements, it makes it hard to believe. When the oddment storage compartment failed, I examined the components carefully and was able only to compare the quality of the moulding and spring with something that you might find in a Christmas cracker. Why even bother making a car like this, if these simple things can not be made right? Perhaps the MiTo’s bigger sister, Giulietta, is of superior construction but beyond this, who can tell? Because there are no more models in the range – the handsome 159, Spider and Brera models having silently shuffled away from showroom floors during 2011.

Instead, Fiat tried to fool us into buying Lancias badged as Chryslers. The Ypsilon, a peculiar looking but strangely appealing 5 door supermini and the Delta, a now very much late mid life stretched Fiat Bravo with LED lights being the only truly memorable feature. Both of these cars have little or no future beyond the point at which the rental fleets that bought them at a massive discount dispose of them at auction. Lancia is dead and this is perhaps no bad thing. It’s a controversial thing to say, not least amongst car lovers because both Lancia and Alfa feature so heavily in the developmental history of the motor car. But unless Fiat Group do something truly drastic, and soon, they will be finished in their current form.

Alfa Romeo need to start selling cars. They have been suggested as the Italian equivalent of BMW and with their heritage and modicum of remaining enthusiast loyalty, it can be done. But not with a two car range. A genuinely premium small hatch needs to start rolling off new productions lines, with new staff and then they need competent executive saloons and SUVs to follow. It’ll be these that get people into showrooms and if they proliferate in significant numbers, the badge kudos will get those with less money to spend in to buy the smaller cars. It almost happened with the 156 and 147 a decade ago, before the awful dealers ruined it all. 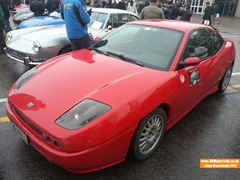 They, therefore need to be fixed too. It’s not enough to give a Fiat franchise an extension to sell Alfa Romeo. There’s an Aston Martin dealer in Surrey that sets a good example for what should be happening, by selling MiTos alongside the Vanquish, and having them serviced at the same location. But this sort of thing takes time, and time is not on Alfa’s side. Which begs the question, would it not be better just to kill the brand off, and take a fresh view?

Maserati’s star is rising. A great brand, a great name and, since having Ferrari take over, rarely has a foot been put wrong. Why not have an entire Maserati badged range, from premium hatchback right through to sports limousine? In so doing, an incredibly bright halo would be cast across the range and in the same period, whilst Alfa would be having yet another attempt to reinvent itself, factories would be busy churning out cars with the trident badge. Yes, the brand would be cheapened somewhat in the eyes of many – but how many BMW M6 customers care that in the same showroom is a flat white 116i with steel wheels?

Completely do away with Lancia, dispose of Alfa Romeo and then have three tiers – Fiat doing what they do best, namely building innovative small cars like the 500 and Panda, with associated, profit-generating spin offs. Maserati catering from the middle ground up to the limousine market and Ferrari turning out aggressive supercars using the latest technology. Any money saved can be spent on producing some decent TV adverts, something which Fiat have been completely awful at doing. And so more cars get sold, problem solved, economy fixed.