75 years after it set the world water speed record, driven by Sir Malcolm Campbell, the legendary Bluebird K3 was back in the water, not in Italy, but just up the road from me in Bewl Water just off the A21..!
Knowing of my interest in the 22 year restoration project the BBC asked me to commentate on the historic event as owner/restorer Karl Foulkes-Halbard took to the water for systems tests. 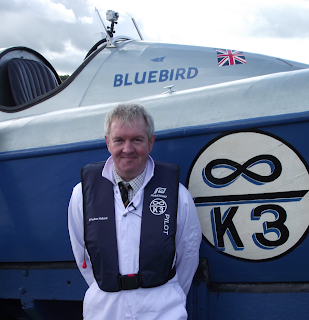 The massive 27 litre Rolls Royce engine – the original and same one that had previously set the World Land Speed record at over 300 mph – sounded glorious as it  purred out across the huge lake taking it very gently in this first of several trials before they take it to Lake Maggiore in Italy early next year to demonstrate how it finally raised the World Water Speed record to 131 mph in 1938 before being retired as at the end of its development. A new boat was in the wings but war intervened. 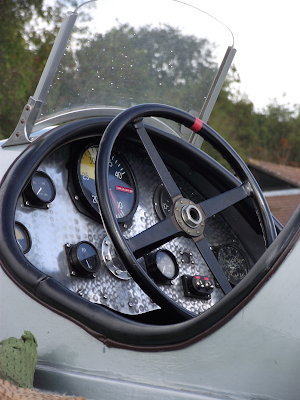 The engine and hull developments of this record holder were all at the very cutting edge of development and there is a clear lineage from K3 to the legendary Spitfire, in its day it was like beholding the beginning of the space age!