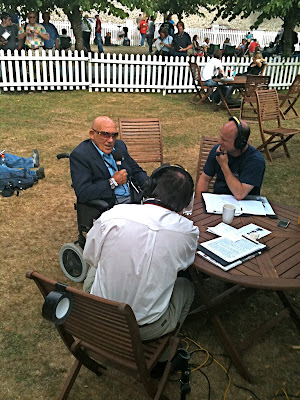 Whilst he might currently be travelling slightly more slowly than usual on his four wheels, Sir Stirling Moss looked remarkably hale & hearty as he chatted to Graham Benge & Spirit FM’s Ian Crouch.

Less than four months since his horrific accident at his home in London Sir Stirling was itching to swap his current transport for something with a bit more go and amazingly, given the extent of his injuries is in fact due to be driving a supercar up Goodwood Hill at some point over the weekend.

They really did make them of sterner stuff in those days..