As the fifth iteration of Vauxhall’s ubiquitous Astra makes its way off the end of the production line to be replaced by its shiny new progeny, Alex Henry takes a parting look at a car whose replacement may well be the product of fashion rather than neccessity.

It doesn’t seem that long ago that the Mk5 Astra was launched. 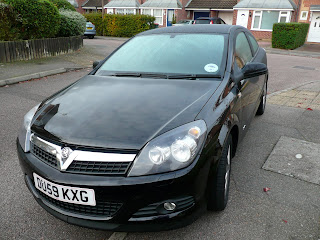 Actually, it wasn’t that long ago – 5 years.

Back in 2004 GM gave us the first Astra that for once someone might actually want to buy, rather than choose off an unimaginative fleet list. Nicely styled inside and out, convincingly well made and with a staggering variety of trim, engine and specification it really made a case for itself.

It was even good to drive.

Fast forward to 2009 and the Mk6 is just about now landing in Vauxhall showrooms. It’s a car that has a lot of weight resting on its shoulders, but fortunately, reviews to date have been very positive. Certainly the larger Insignia model, the Vectra replacement which bears more than a few similarities to the new Astra, has been well received and an undoubted success.

Model cycles these days are really very short and this is made clear on reacquainting myself with the Mk5. This particular car, a 3 door sport hatch, has remained basically unchanged since launch nearly 5 years ago. As nearly always seems to be the case, promises of a more sporty, sexy looking version of the plain old 5 door hatch didn’t quite come to fruition when this body shape was revealed but it would be hard to argue that this car looks staid. Yes, it’s got a bit of a fat arse and is slightly ill proportioned, particularly on the smaller wheels of this SXi version, but the design has stood the test of time. 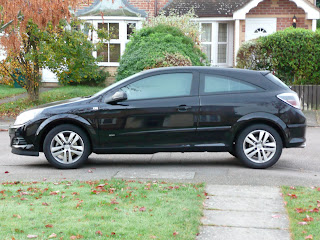 The same applies to the interior design. The dashboard mouldings, door cards and instrumentation have not overly dated due to their restrained, functional style and decent quality rubberised materials, which are in stark contrast to the nasty, shiny effort of the Mk4. The only thing these two cars have in common is the rather old-hat orange dot matrix display of the radio and trip computer. 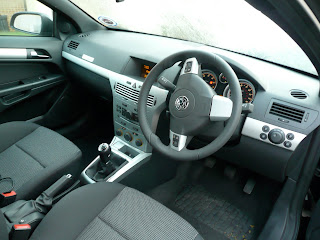 During this model’s lifecycle I’ve had the opportunity to try a variety of engines, from smaller petrols right up to the 2.0 turbo petrol and full fat 150BHP 1.9 Fiat sourced turbodiesel, and none of them have disappointed. This 1.6 litre petrol probably best illustrates the car in typical trim although it’s interesting to note that naturally aspirated petrol engines will not feature in the Mk6 Astra at launch.

This engine delivers 115BHP smoothly and despite some resonance, enjoys being revved hard. This is a good thing because the only way the car can be coaxed along at a decent pace is to work it hard through the five speed gearbox. This too is nice to use, a light, precise action with a short throw across the gate and a positive feeling clutch. The only real fly in the ointment is the detectable hesitation on the electronic throttle – a delayed response which always seems to catch you out and which makes its presence felt in stop start traffic. It’s easy to make yourself look like an amateur even after familiarisation with it, the car sometimes still jerking along even after convincing you that you had mastered the use of it.

Ride, steering and handling are all good. These days it would be hard to imagine anything else, so high has the standard become on even the cheapest of cars. Even on sports suspension, ride is firm but well damped, steering action is fast and feedback plentiful and large reserves of grip are on offer. As is usual, an emphasis on safe understeer is apparent when really pushing but this is not something most people will even begin to approach. It’s a good drive.

There are some niggles. Some of the interior plastics are poor. The dashboard interfaces are not as simple as their looks would suggest and it’s easy to mistake the stereo volume control for the heater and vice versa. Navigating the stereo and dash menus takes plenty of patience and no reason can be found for some of the buttons being so small. The air conditioning button is a good example, being on the wrong side of the gearlever for right hand drive and really tiny. GM never seem to be able to get these sorts of things right – despite first appearances they always manage to make you feel that the accountants were in control inside rather than the designers. Little things like the cheap feeling mirror control buttons, the semi-flexible front seats and the awful, awful indicator and wiper controls with their electronic cancellation. Much was made of these at launch but they are noticeably AWOL on the new model. They cause misery. The speakers on the stereo are very tinny. Little things like these make a big difference.

What’s most remarkable about this outgoing car is that it doesn’t feel like its time is up. When the Rover 800 was replaced by the 75, it was quite clear that this was long overdue. Likewise the Mk4 Ford Fiesta and so many other tired cars. It’s a bit like when a new version of the iPod comes out less than a year after the previous version. As cars increasingly become part of the throw-away world, earning their owners scrap payments whilst still being serviceable, this sort of thing is inevitable and increasingly common. It hardly seems five minutes ago since the last generation Renault Scenic was launched and now there is a new one. The Ford C-Max too. The Fiat Grande Punto is on a major facelift after just over three years, and there was nothing wrong with the way it looked in the first place.

The new Astra will no doubt move things on a little further, with some new technology and better environmental credentials but I get the impression that new model launches, although important for the manufacturer, just aren’t as significant as they used to be. With every year lopped off model cycles in the name of fashion, the anticipation of the replacement decreases. Perhaps it would be worth bypassing the Mk6 Astra altogether, and waiting for the Mk7 generation for real excitement. By then we are promised much in the way of propulsion system changes and superefficient motors, not just a new badge design and traditionally cancelling indicators.